Police departments are required to hire qualified drivers to protect the public from harm. Unfortunately, the Unified Police Department didn’t follow this basic safety rule and earlier this month, one of its new recruits ran over Cindreia Simone Europe, 25 years old, from Georgia, fatally injuring her. Now, the officer’s troubling driving history has been revealed and it raises questions as to whether this tragic event was preventable. 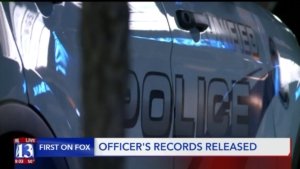 According to KSL News, the Unified Police officer was called to the area to do a welfare check on Ms. Europe. Rather than checking on her, however, the officer ran her over as she lay in dark clothing in a parking lot at 3304 South 2300 East in Salt Lake City.

By reports, Ms. Europe had been living out of her car for around a week, until it had been recently towed away. According to a review of documents obtained by KSL News, the officer who ran over her had struggled in the past with keeping her patrol car under control. The article suggests that the officer’s poor driving skills may have contributed to Ms. Europe being run over. The officer had formerly worked for the West Valley Police Department, and in her eight-year tenure there, had been found to be responsible for at least seven preventable accidents. See list HERE.

Notable were write-ups where her superiors had called out her past driving performance: “Your driving history reflects a poor pattern of attention to proper driving tactics and this has contributed to an unacceptable number of preventable accidents on your part” and that ”several disciplinary actions appear to have little corrective effect in changing your driving behavior.” These disciplinary actions continued to the point where she was suspended multiple times without pay. Ultimately, she resigned, stating that she was leaving “for the good of the department and myself.”

She was then hired by the Unified Police Department and put behind the wheel of a patrol car.

Despite the fact that the Unified Police Department could have and should have reviewed this officer’s past driving record in deciding whether to hire her, they proceeded to hire her in spite of glaring red flags.

So, if Unified Police hired an officer with a poor driving history, do they bear any of the blame if the officer’s negligent driving resulted in someone’s death?

As I said at the beginning, police agencies like the Unified Police Dept., have a duty to hire qualified drivers. These officers need to be vetted, their past employment records reviewed, and the critical MVR analyzed for troubling trends that affect the officer’s fitness for a job that involved interacting with the public. In other words, they need to act as a gatekeeper in screening applicants to make sure they are hiring someone who doesn’t have a distracting history of driving dangerously. Because once you hire someone with a driving history like this, it’s only a matter of time before someone gets hurt – or killed.

In Utah, wrongful death cases normally must be brought within two years of the incident. However, family members of the deceased only have one year to bring a negligence claim against a Utah governmental agency. To do so, a Notice of Claim that conforms with Utah’s statutory requirements needs to be filed with the appropriate governmental agency within the one-year time period.

While I’m reserving judgment as to whether poor driving or negligence led to this incident (the deceased was lying down in a parking lot wearing dark clothing), the family of the deceased has a right to demand answers as to what happened in that parking lot that evening. Why didn’t the officer, who was supposed to be on the look out for her, not see her as she drove through this parking lot? While the facts to need to be reviewed, legally speaking, it would not be hard to suggest that the Unified Police failed this woman who they were asked to keep an eye on.