A restaurant owner in Perry, Utah, has been charged with various counts of object rape, forcible sexual abuse, aggravated assault and sexual battery. According to KSL News, the owner of the Rusted Spoon restaurant, Dustin B. Rallison of Roy, UT, was alleged to have “sexually and physically assaulted multiple employees” and assaulted them to the point they almost passed out. The charges state that he inappropriately touched at least four women without their permission to satisfy his own desires. These incidents are said to have happened starting back in April 2017. 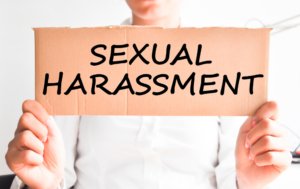 In addition, a civil claim directly against the perpetrator may be an option for victims of sexual assault. Such assaults would be considered a “personal injury” for which money damages may be available.

[The Difference Between Sexual Harassment and Sexual Assault]

I applaud the victims of these alleged crimes for coming forward and reporting the alleged perpetrator’s actions to the local authorities. As sexual assault typically leaves its victims with lasting emotional scars and trauma, I would encourage them to seek out appropriate mental health counseling and other like resources.

Ron Kramer is a sexual harassment and assault attorney practicing in West Jordan and throughout Utah.