A study just released puts Utah in the top three when it comes to the average cost of a dog bite insurance claim. According to KSL News, Utah beat out places like New York and New Jersey in terms of the money paid out for these claims. While New York and New Jersey saw settlements that averaged $59,000 and $55,000 per claim, respectively, Utah, which is the third-place position, settlements in the range of $45,760.

We have heard about some pretty severe injuries from dog bites lately. One that comes quickly to mind was where a 4-year-old Layton boy had his arm bitten of by a next-door neighbor’s dog that had dug under the fence. 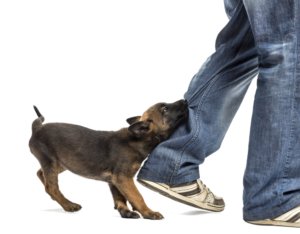 -Asking if it’s okay to pet someone else’s dog before you let them;

-Freezing or standing motionless when they’re approached by an unfamiliar dog;

-If a dog knocks you over, curl into a tight ball and tuck your head in with your hands over your ears and neck;

-Letting your parents or guardian know if a strange dog or evenly a family dog is acting strangely.

Legally speaking, those that are injured by a dog (doesn’t necessarily need to be a dog bite) probably have a legal claim that could be made against the dog’s owner for the injuries that stem from the dog bite(s). Some of these injuries could include diseases like rabies, infections, MRSA, tetanus and others. The coverage for this kind of claim comes under the dog owner’s homeowner’s policy. If the dog owner is a renter, and if they have renter’s insurance, there may additionally be coverage that can be available.

See “Seven Things You Must Do After a Dog Bites You in Utah” for more information.