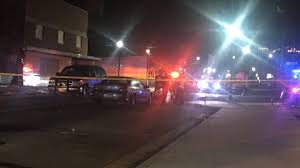 A pedestrian who was crossing the street in Magna has succumbed to his injuries following being struck by an SUV over a week earlier on January 30, 2019. According to KSL News, the man, Robert Dewey, 59 year-old of Magna, was struck at 7:30 p.m. while he was crossing the street at 8950 W. Magna Main St. According to a witness, Mr. Dewey was even waiving his arms to get the attention of approaching traffic at the time of the collision.

After impact, the driver of the SUV stopped and cooperated with officers of the Unified Police Dept. investigating the incident. No signs of impairment were discovered to explain why the pedestrian may have been hit.

Legally speaking, the family of Mr. Dewey may have a claim against the driver of the vehicle. Crosswalks are supposed to be safe places for pedestrians to cross and motorists need to be especially alert and vigilant when crossing them. According to Utah state law, motorists are not allowed to cross over a crosswalk when there is a pedestrian in the crosswalk closest to the side that the motorist is driving through. I would suspect that the motorist would have at a minimum been cited for not following this traffic safety rule.

Crossing the street, however, is a “two-way” street. This incident underscores the importance of pedestrians making sure they can communicate with drivers who might be crossing over a crosswalk area to make sure they are seen. Short of making that crucial eye contact, the pedestrian should simply WAIT to cross the street. Although the pedestrian would be in the right if they cross when they have the right of way, it is better to be alive than dead right.

Ron Kramer is a Utah personal injury attorney practicing law in West Jordan and throughout the state of Utah.

Fatigue or Sickness Being Investigated as Cause of Fatal Truck Crash