Intoxicated drivers take note that Utah is now one of the least tolerant states for driving under the influence of alcohol. Starting yesterday, December 30, 2018, the former legal limit of .08 blood alcohol level dropped to just .05, according to KSL News.

Vocal Opponents to DUI Law Change. The UHP’s Col. Mike Rapich, in a Facebook post, addressed concerns and confusion that some have over the new law change:

“We understand there is a fair amount of trepidation regarding this change . . . [and] we hope you understand a driver’s blood-alcohol concentration is just a single component considered when assessing that driver’s potential impairment and their ability to safely operate a motor vehicle.”

One of the biggest voices opposing the law change comes from Big Alcohol’s lobbyist group, the American Beverage Institute, who has been quite vocal over the change, and has in essence asked visitors to boycott Utah! To this point, they have taken out ads in adjoining states Colorado, Idaho and Nevada, urging tourists not to visit Utah. (I think we would actually welcome this!) They even suggested in their ads that the Utah governor and legislators are perhaps too old to drive. Wow.

Their young spokesperson, Jackson Shedelbower, suggests that this law change is not good public policy and that the change has come because of religious reasons (and not because people want to save lives). According to Jackson:

“Many Utahns entirely refrain from alcohol consumption for religious reasons and, therefore, lack a full understanding of its effects — notably that impairment at .05 BAC, or after one or two drinks, is not meaningful and shouldn’t become the basis of major legal consequences.”

The biggest argument from this lobbyist group is that the law targets “responsible” drinkers who only drink a few drinks before they get behind the wheel and that the law should be more concerned with really drunk people who could cause accidents. According to Jackson’s reasoning: “the roads actually become safer and those who enjoy a drink or two over dinner before driving are not labeled criminals.” Right.

Practical Implications of New Law. Practically speaking, it would take drinking about three drinks in an hour’s time for a 160-pound adult to get to .05 BAC. At this level, you would expect to see reduced coordination, reduced ability to track moving objects and reduced ability to respond to emergency situations on the road, according to the Centers for Disease Control and Prevention. 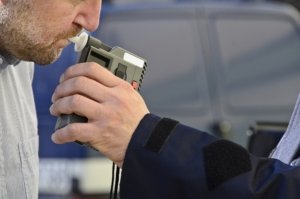 Statistics for Drunk Driving in Utah. Utah is fortunate to have one of the lowest DUI driving rates in the country. In 2016 and 2017, for example, there were 36 deaths attributable to drunk driving. Overall for the past 10 years, Utah has averaged 33 fatalities per year. While any DUI-caused accident is a needless death, Utah numbers pale to national statistics where there were 10,497 reported fatalities from DUI crashes, up over 1.7 from the year earlier, or the cause of at least 28% of the fatalities for that year.

Utah is a Pioneer in Lowering the DUI Limits. Surprisingly, back in 1983, Utah was the very first state to follow the recommendation of the National Highway and Transportation Safety Administration in lowering the BAC from .10 to .08.  After Utah made the move, all other states followed suit. Statistically, the results nationally have been significant, with the change being credited with saving over 24,686 lives through 2014, according to the National Transportation Safety Board (NTSB). The NTSB is now pushing for the nationwide lowering of the BAC to .05, and are saying that adopting the lower BAC level will save another 1,790 lives a year.

Legally Speaking. If you are one of the family members or friends of a victim of drunk driving, I’m confident you would be in full support of the lowering of the DUI threshold. The results from this change, I expect, will be meaningful.

Overall, the change will promote more vigilance in making sure the drinker is not driving impaired. It will lead to more designated drivers, more taxi rides, more vigilance by the bartender to not overserve a patron, more vigilance from family members and friends. Just more vigilance all around. And with that vigilance, an increase in safety on the roads by reducing the number of drivers that may have previously taken a chance on the old .08 BAC. So go ahead and boycott our state, Mr. Shedelbower. We’ll take your scorn if it means an increase in protection for us, our friends and the ones we love — and even for you, if you happen to be on our roads.

Ron Kramer is a Utah attorney prosecuting cases against drunk drivers and their insurance companies.

UHP Could a Sleep Issue be Blamed for a Recent Utah Tractor Trailer Rollover?
Scroll to top Call Now Button