Will My Insurance Go Up if Someone Hits Me?

This was a question my wife asked when she was rear ended last week at a stop sign. She was worried her insurance rates might go up if she reported the accident to her insurance company. I’m telling you what I told her: Your insurance rates should not change if you were free of fault in the crash.

Utah is a No-Fault State. First, you should understand that Utah is one of 10 states that are considered “no fault” states. This means that when you get in 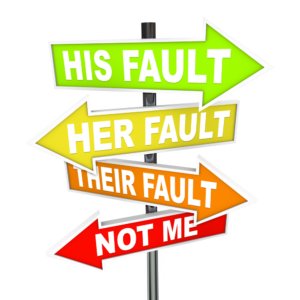 a crash, whether or not it’s your fault, your own car insurance will provide coverage for medical bills up to $3,000 (or more if you have a larger policy). This was baffling to my wife (as well as countless clients I’ve explained this to over the years) and she was confused that this was actually a law as it is agreeably counter-intuitive. The victim of a Utah car accident will think that surely the at-fault person’s insurance will pay for the medical bills. I tell them that they do, but only later on after the claim is resolved.

And this is really where the issue arises. Many are reluctant to report the crash to their auto insurance carrier because they’re afraid their insurance rates will go up. They don’t even want to let them know! And so they speak with the at-fault insurance carrier first, telling them about the crash and asking them to pay their medical bills. If they do this, they’ll quickly learn that the at-fault carrier will tell them to call their own insurance company to open up a “PIP” claim for “personal injury protection” benefits, which will pay at least $3,000 of the medical bills. This is usually unnerving as they’re thinking their insurance company might raise their rates simply for being in the wrong place at the wrong time.

So are there any protections in place to keep our insurance companies from raising our rates when we report a crash that we didn’t cause? Fortunately, there is a law in Utah that prohibits companies from raising our rates in situations like this. This law is found at Utah Code 31A-19a-212 and states that an insurance carrier “may not permit a premium increase due to . . . a claim . . . resulting from any incident . . . in which the person . . . is not at fault.” This rule applies after you report the incident, when you take out a new policy or when you renew.

How Does the Insurance Company Determine Fault? Typically, your insurance company will request a copy of the police report that was prepared in your case. (You did call the police after your crash, didn’t you?) This is yet another good reason why you should ALWAYS, ALWAYS, ALWAYS contact the police after you’ve been in a car crash. On the police report there will be a section where the officer will state how they thought the crash happened and who is a fault. The officer, using codes on the form, will identify the contributing factors they felt caused the crash. In most cases, they will also give a ticket to the person who was at fault, but not always. This information will be on the police report, so it would be good for you to get an actual copy of the report (no, the “Exchange of Information” form is NOT a police report). Based on information on the report, your Utah insurance company will screen the accident and make a determination of whether you were free of fault in the crash. 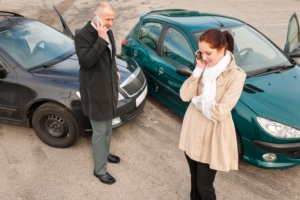 What if I Partly Caused the Crash? The problem arises when you may have “contributed” to the crash happening. This is really what the insurance company is looking for as this is an opportunity to raise your rates if they can find a reason to do so. An example might be where you are rear-ended and pushed into the car in front of you. You might think that you are totally free of fault. However, the insurance company could argue that you were following too close to the person in front of you or you stopped too close behind them (you couldn’t see the rear of their tires from the driver’s seat) and you were partly to blame for the crash. In this situation, the insurance might feel totally justified in raising your rates. It really boils down to how strict your insurance is as some companies have internal policies that require them to review your policy and the incident any time there’s a claim.

If you’ve been involved in car crash – even one that you may have contributed to – give us a call. We have years of experience in dealing with insurance companies and will evaluate your case and help get you the compensation that you’re entitled to in your situation.

Ron Kramer is an attorney practicing personal injury and auto law in West Jordan and throughout Utah.

Are Civil Money Damages Available After a Sexual Assault?

What Do I Do If My Employer Won’t Report my Injury to Workers Comp?
Scroll to top Call Now Button