What is Black Ice and Why Is It So Dangerous? 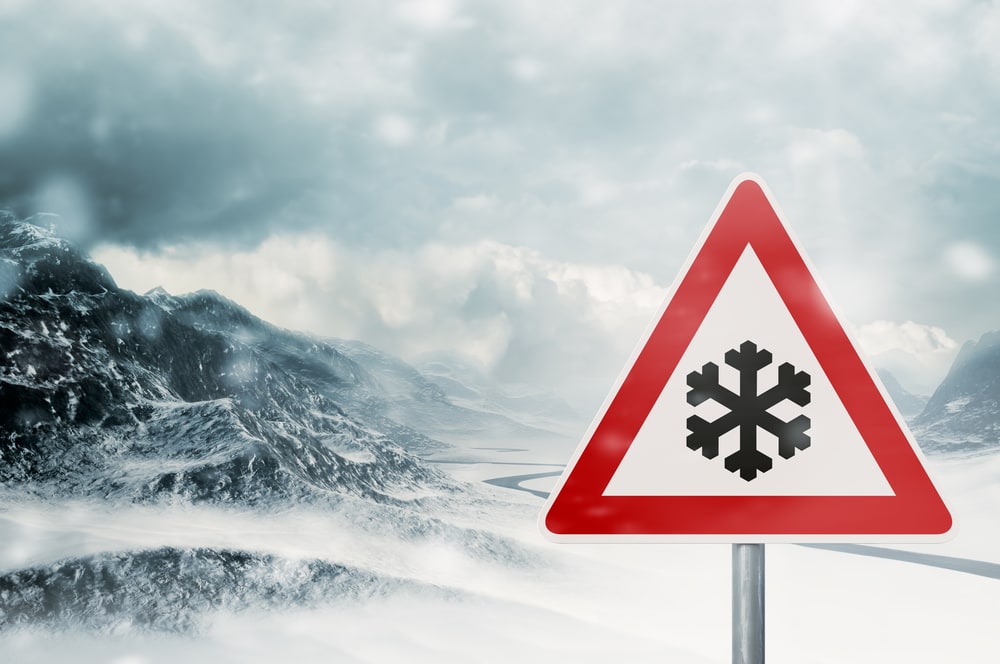 What is black ice?

One threat to driving safely that we see on Utah roads in the winter is black ice. Black ice is a type of ice often invisible to the eye that forms when roads are wet and temperatures drop suddenly. The phenomenon occurs when water that falls from the sky freezes almost instantaneously when coming into contact with asphalt, causing the road to sometimes have a shiny appearance. Black ice is essentially ice sheets that cannot be seen by drivers, as they have the same color as the asphalt. Since black ice is always a possibility when the temperature drops below freezing, motorists need to be careful and reduce their speed to lessen the chance of losing control of their car.

Black ice: Is it dangerous?

Black ice is especially common in the Wellsville–Cache County area. Already in 2018, a number of crashes have come as a result of black ice, more specifically at the Route 89 between Sardine Canyon and Logan. The icy road was responsible for sending at least a dozen vehicles off the highway.

According to KSL.COM, Utah Highway Patrol Officer Lawrence Hopper, at least 16 cars were part of the incident; however according to the reports, all of them resulted with minor crashes.

Utah Dept. of Transportation authorities say they are leaving salt on the roads, even so, they urge drivers to drive with caution, to leave their home with enough time to avoid driving in a hurry and where possible, to drive below the speed limits. Avoiding sudden acceleration and braking is also important to avoid slide outs in extreme icy climates.

Driving safely: How to be prepared for road hazards

Most traffic accidents occur during winter months. Knowing how to drive in icy conditions is essential if you want to avoid accidents or even stay on the road, especially if you live in areas with harsher-than-normal winters. Apart from knowing techniques to drive on roads with black ice, preparing your car and being properly equipped is essential to be able to react better in the face of adversity.

Are regular all-season tires good enough for winter? We all spend extra money when we buy tires to get “all-season” tires that are engineered to handle as well in the winter as they do in the summer. The reality is, though, that most all-season tires really don’t cut it for winter driving. For example, conventional all-season tires begin to lose their grip on the road around 44 degrees Fahrenheit. Tires manufactured specifically for colder months, called “snow tires,” on the other hand, are engineered to work even when the temperatures fall below freezing. They are also designed with “siping” that help provide added traction in ice and snow conditions. Bottom line: a car with snow tires will always handle and stop better than a car with normal all-season tires on it. Discount Tire put out an informative video that graphically shows the advantage that a car with snow tires has over a car with regular tires.

Yes, snow tires are an added expense. However, they are an added safety feature that anyone can retrofit to their car so it can be as safe as possible in the winter.

When preparing for a longer road trip in the winter, make sure you bring equipment that can help you stay safe and warm if you happen to get into a crash. Pack blankets, food and water, along with tire changing and safety equipment to help weather the storm if you happen to get stranded. And keep the fuel in your car or truck closer to the Full mark than the Empty mark in case you are stuck and have to keep your engine idling to stay warm. Check the weather reports and consider changing your travel itinerary to avoid forecasted storms that may blow through the area.

Finally, when driving down the road, practice defensive driving and don’t drive any faster than conditions allow. Make sure you keep a greater — sometimes much greater gap — between you and the car in front of you so you can avoid a crash if that car happens to slide out. In the winter as well as the summer, speed kills. Look out for black ice, keep your speeds down and budget extra time for travel so you don’t feel rushed. Although winter driving has its challenges, if you are prepared and use safe driving techniques, you can make it through to the warmer driving months where driving is a little bit easier.