Vulnerable Adult Injured While Under Care of Ogden Group Home

The Chrysalis Group Home has come under fire after one of its workers confessed to abusing a vulnerable adult on multiple occasions over the course of at least two months. According to KSL News, Spencer Keith Mendenhall, 19 years old of Ogden, was charged with two counts of abuse of a vulnerable adult, one felony and one misdemeanor charge. Mendhall was reportedly trained to be a Direct Support Professional and is currently being held at the Weber County Jail. The article doesn’t state how long Mendenhall worked at the facility or the type of training he received.

The vulnerable adult in this case is a male adult who is nonverbal with cerebral palsy, cognitive and personality disorders. The reported abuse includes tripping the resident, injuring his nose, striking him in the stomach and most disturbing, slamming his head to the ground multiple times.

These incidents all came to light after Mendenall confessed to a mental health therapist that he had engaged in this abuse. This means, or the implication is that the group home never discovered this on their own, despite reports from investigating officers that there were bruises around the victim’s left eye that “appeared to be fairly new since there were red scrapes.” The victim also had brown bruises on his arms and legs and purple bruising on the inside of his lower legs along with bruising in his personal parts area. 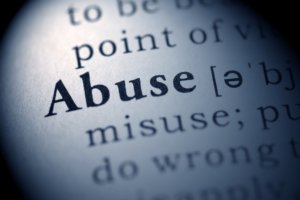 According to the worker’s confession, he would grab the victim’s forehead and slam it on the floor. He reported he did this about five times (that he confessed to). The perpetrator conceded that the abuse happened over a period of one to two months. He reported being “set off” when the resident would clap his hands and make finger gestures “like a 1-year-old.” The victim was taken to Ogden Regional Medical Center for a blood bleed, or in other words, a traumatically-induced brain injury. This is not an additional injury and/or disability that this disabled adult needed in his life.

Legally speaking, the perpetrator should be held responsible for his outrageous conduct in injuring this vulnerable adult. As the story reports, criminal proceedings are currently pending against him. But what about the Chrysalis Group Home facility in Ogden where this was allowed to happen?

In my opinion, after an event like this, there are questions that demand answers, including:

These questions were asked in a similar case I had where a young worker struck my severely autistic adult resident in the face and broke his arm using an unauthorized hold. In that case, the group home was understaffed, leading to burn out and frustration on the part of the worker and deviation from the specific SOAR safety training that they received, leading to the abusive incidents that took place. We ended up being able to settle that case without going to court.

Here, I hope the parents or guardians of the victim likewise look into these issues and get to the bottom of how this happened so that hopefully no other vulnerable residents are treated as shamefully as this resident was.

The opinions expressed are those of the author, Ron Kramer, a nursing home injury attorney practicing in West Jordan and throughout Utah.