Earlier in the week, on Monday, August 30, 2021, a fatal accident involving two semi trucks was reported. According to KSL News, police are now identifying the deceased as Al Fhuere, 29-years-old from Nebraska. According to news reports, Fhuere died when he hit a semitruck that was driving extremely slow, around 3-5 mph, on SR 201 at 5600 at 10 a.m. Prior to the crash, dispatchers had been advised of a slow moving “hazardous” truck. A short time later, the crash happened where Fhuere was assumedly unable to reduce his speed in time to avoid the hazard that emerged in front of him.

Legally speaking, motorists, including commercial drivers with a CDL, have a duty to drive at a reasonable speed to minimize the risk that others might collide into the rear of their truck. If a tractor trailer is on the road in the right-hand lane of travel, other motorists could get the sense that the truck is moving with the flow of traffic. It might only be when the other motorist or truck driver is much closer to the truck that they realize that the truck is moving extremely slow or is possibly stopped.  At that point, it is hard to maneuver a tractor trailer quickly to the left to avoid impact, particularly if there happened to be a vehicle in the left lane. 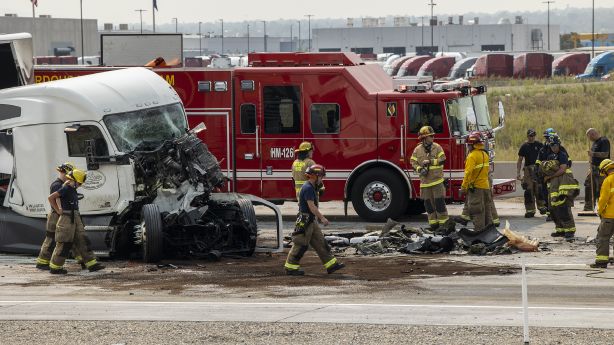 If the truck that was rear ended was having mechanical issues that caused it to drive so slow, the driver should have pulled completely off the road with hazards on and emergency triangles placed to warn other motorists and truck drivers of the hazard. The fact that the police had received reports of this slow-moving vehicle suggests that the truck was moving very slowly for an extended period of time and had posed a risk to other motorists on the road.

In my opinion, the family of decedent Fhuere have a “wrongful death” claim for his untimely death. Wrongful death heirs would include his parents and his wife and children, if any. The time to bring a claim against the driver and the driver’s company is no more than two years from the date of the crash.

Ron Kramer is a trucking and wrongful death lawyer practicing in West Jordan, Utah, and throughout the state of Utah.