A nursing assistant, who was charged and later convicted of elder abuse, a second-degree felony, has been sentenced to a year in jail and four years of probation. According to KSL News, the former nursing assistant, Jason H. Knox, 30 years old, pled guilty to abusing at least two vulnerable adults who were residents at the Chancellor Gardens Assisted Living facility in Clearfield, Utah. Knox was initially arrested back in October of 2018.

The charges stemmed out of an incident in 2018 where cameras caught Knox shoving a 71 year-old dementia resident into a wall while performing adult diapering duties. Security cameras also recorded that this same resident was assaulted in the pelvic area by the staff person. A second charge and conviction stemmed from Knox pleading guilty to abusing an 89 year-old resident by throwing her on a bed and elbowing her in the torso. 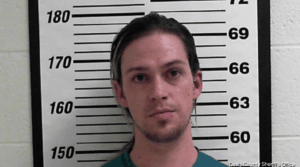 After incidents like these, managers of assisted living facilities or nursing homes might be tempted to throw the nursing assistant under the bus and say that they went “rogue” and they had no notice they would act this way. They could piggy back on what the judge told the accused: that his “conduct [was] depraved and inexcusable and must never be repeated.”

However, according to the story, it was the family who reported the conduct to the authorities back in October of 2018, and not facility managers. One would think that with proper supervision of staff and access to their video cameras, it would be the facility that would have discovered the elder abuse and made the call to authorities, not the family.

That it was the family who reported the incident(s) suggests that there may be other unreported incidents from this nursing assistant or other staff that the facility was aware of that have gone unreported. It also suggests that the facility may have been negligent in hiring qualified nursing assistants, training them and supervising them. The incident(s) also suggest that the facility may have been understaffed, leading to frustration on the part of its staff when caring for the many needs of its residents.

Finally, the fact that an assault happened during diapering duties begs the question of whether the resident should have been in a nursing facility which provides a higher level of care, rather than an assisted living facility where more basic care is provided.

Legally speaking, if there was negligence on the part of the facility that led to these incidents of abuse occurring, there could be a legal claim that might be made.

A few years ago, I represented an adult with severe autism who lived in a residential facility. I became involved after the resident’s mother reported that her son had his arm broken by a staff member who had used an unauthorized hold on him and had earlier punched him in the face. This case was litigated and later settled before trial.

Because that case involved a facility that arguably provided medical services, we treated it as a medical malpractice case, where there is a shortened two-year statute of limitations for bringing a claim. Although Utah’s four-year statute of limitations could arguably apply, in the exercise of caution, you would want to make sure you file a “notice of intent” with the Utah Department of Professional Licensing within that two-year window. Other limitations apply, and anyone thinking of making such a claim against an assisted living facility would do well to consult with an attorney that provides this type of legal service.