After a number of high-profile airplane crashes in Utah, lawmakers passed a law that requires pilots to carry aircraft insurance. According to the Salt Lake Tribune, this new law requires that pilots carry at least $100,000 in liability insurance in the event the pilot’s actions cause injury or harm. While the Federal Aviation Administration already requires commercial pilots to carry insurance, no such federal requirement exists for pilots of small aircraft. Utah thus joins 12 other states in passing a law to require it at the state level. 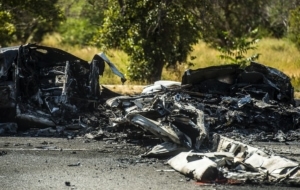 The limits of the “minimum” insurance that will be required, however, are minimal and require that pilots carry only $100,000 in coverage. Many airplane crashes, such as the multiple fatality plane crash, last year in West Jordan, result in fatalities or serious to passengers in the plane or those on the ground. In a sense, $100,000 limits, while a step in the right direction, are too low to provide a meaningful recovery in the event of a wrongful death or an incapacitating injury.

Yet, airports, such as Ogden’s Hinkley airport, already require pilots of small aircraft to have at least a million in coverage. Not all airports, however, have such a requirement. And while proponents of financial responsibility for pilots would like the federal government to enact a federal requirement, the federal government has been resistant to enact such legislation, leaving it up to the states to fashion a remedy if they so desire.

Minimal coverage, however, is better than no coverage for someone like Samantha Sandoval, who was just minding her own business driving her car when her car was struck by a malfunctioning Beechcraft Sierra in 2017. While she escaped without catastrophic injury, her claim against the pilot of the aircraft is still pending after three years. While it is uncertain if a smaller policy such as $100,000 would keep Sandoval from filing suit, such a policy would help protect the pilot in the event they cause injury or death with their aircraft. Just like a motorist would want to have auto insurance to protect them if they caused a crash resulting in injury, you would think a pilot would want to secure an aircraft liability policy to deflect blame off them in the event of a serious injury crash.

Legally speaking, pilots who either have no insurance or a minimal policy, open themselves up for a lawsuit where their personal assets and income are potentially available to compensate an airplane injury victim following a plane-related accident. Those that have been injured in a plane crash, should contact an attorney to see what rights they might have following the crash. Often, it is not just the pilot who is responsible. Liability can also be potentially found with the manufacturer of airplane, a mechanic that worked on the plane or a shop that rebuilt components, including engines.

Ron Kramer is a personal injury and wrongful death attorney practicing in West Jordan and throughout Utah.