Instituted in 2017, the Utah legislature passed a bill that provides funding for sexual assault kits. The bill also mandated that the Utah Department of 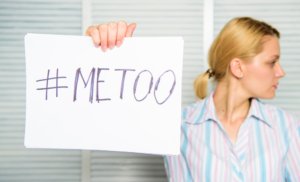 Public Safety and the Utah Prosecution Counsel teach the law enforcement community on how to better process complaints of sexual abuse and assault and how they should best respond to them in an understanding, comprehensive, and compassionate way.

The bill, known as HB200, which came as Utah’s partial response to the whole #MeToo movement, provides funding and resources to help effectively train police and those that deal with sexual abuse victims. According to a story in KSL News, the initial responses have been very encouraging, with almost 3,000 persons in the justice community receiving this training, with most being law enforcement officers. And according to Marlesse Jones, a resource prosecutor with the Utah Prosecution Council, it is changing the culture on how these complaints are being processed:

“The interaction that I’m having with law enforcement at this point is really interesting, because they are wanting this information. It makes sense to them, they’ve not had this training before, typically in the past. And so they’ve been very hungry for it and receptive to it.”

One topic officers have received specialized training on during the three-day course is how to deal with the trauma that sexual assault victim experience. In the past, not all victims were believed, and this was unfortunately reflected in police reports which cast aspersion on the victims’ stories. Words were used in written reports which conveyed that the victims lacked credibility, such as talking about the victims’ “alleged assault” or the “victim claims” or “the victim’s story is that . . . .” The training has helped officers identify that this way of writing a report is actually biased against the victim and can be hurtful to them when they have a chance to actually read the report. Now, investigators are being taught that reports should be more neutral, using language such as “the victim stated that” instead of doubt-loaded words. 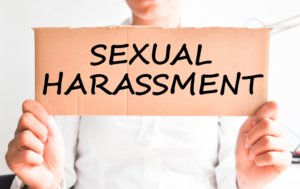 Officers are also being taught to be less shy and more descriptive when writing about how the sexual assault and abuse happened. They are taught that broad, conclusory statements are to be avoided in favor of getting the victim’s exact recitation of how the event(s) happened — in their own words.

The training also helped to confront past stereotypes of witness examination which had historically been associated with a lack of witness credibility, such as laughing while describing the abuse that took place or appearing uneasy or fidgeting. In the past, these behaviors made the victims less credible in the eyes of the investigators. Now, realizing that these behaviors are actually validators, law enforcement can take the victims’ complaints more seriously and look for the various elements that actually support the victim’s complaint that they were sexually assaulted rather than use them to discredit the victims.

Once such thing that they are being trained to look for is how they have responded to the trauma they received. The training has helped investigators to understand that trauma can actually be evidence in a case. For example, if a victim has received counseling for sexual abuse, this is evidence that helps corroborate their story. Certainly, therapy records where the abuse is discussed is additional, supporting evidence as well. Among things to look for are evidence of shock and disbelief, depression and anxiety, denial, guilt, tearfulness, as well as a number of other responses.

Additionally, officers are being taught how a victim’s brain can try and bury the memory of the traumatic event to help the victim to tolerate and cope. One example is when a witness gives inconsistent statements. While in the past an officer may have used this to discredit the victim, officers are now being taught that this can actually be additional evidence that support’s the victim’s narrative of sexual abuse and is actually consistent with their brain trying to protect the person’s damaged psyche. In other words, this can be seen as a sign of trauma and can help telegraph the need to “keep digging.”

In my opinion, these changes are key to sexual assault victims being believed and having the courage to go the distance to bring their attacker to justice both in the criminal system and in the civil system.

Ron Kramer is an attorney representing victims of sexual assault and abuse in West Jordan and throughout Utah.