Eye doctor Paul Wade Wyatt has been named in a recent medical malpractice filing. According to KSL News, Dr. Wyatt had been disciplined in other states for patient complaints from eye procedures he had performed. At the time the medical malpractice victim saw Dr. Wyatt, he was treating at a free eye clinic. Allegedly, Dr. Wyatt told the man with cataracts that he could treat him at his clinic for $800. Only problem was that Dr. Wyatt was not allowed to perform surgeries because of restrictions on his license. Sadly, this information was not provided to the patient. 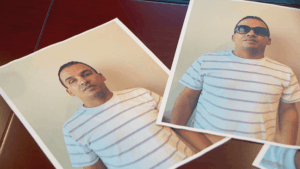 the other eye. The attorney bringing the suit is asking for $100 million in damages. The man bringing the
suit is originally from the Dominican Republic and is apparently “undocumented.” It is alleged that Dr. Wyatt may have performed the same surgery on other undocumented persons, who due to their immigration status, may be fearful at stepping up and making a complaint or claim against the doctor.

According to the story, around half of non citizens lack health care insurance.  Those that are undocumented, usually cannot qualify for Medicaid. However, those that do step forward when a doctor has malpracticed on them, may qualify for a special visa that is available for undocumented persons who report a crime and don’t have permission to be in the United States.

Legally speaking, it is lawsuits like this that help to police the medical field. Yes, doctors’ actions are still governed by Utah’s Department of Professional Licensing, or DOPL, but it sometimes takes a lawsuit that hits the medical provider (and his or her insurance) in the pocketbook before they get the message that they can’t practice medicine like this – or as in this case, they shouldn’t be practicing at all.

Carbon Monoxide Poisoning on the Rise in Utah