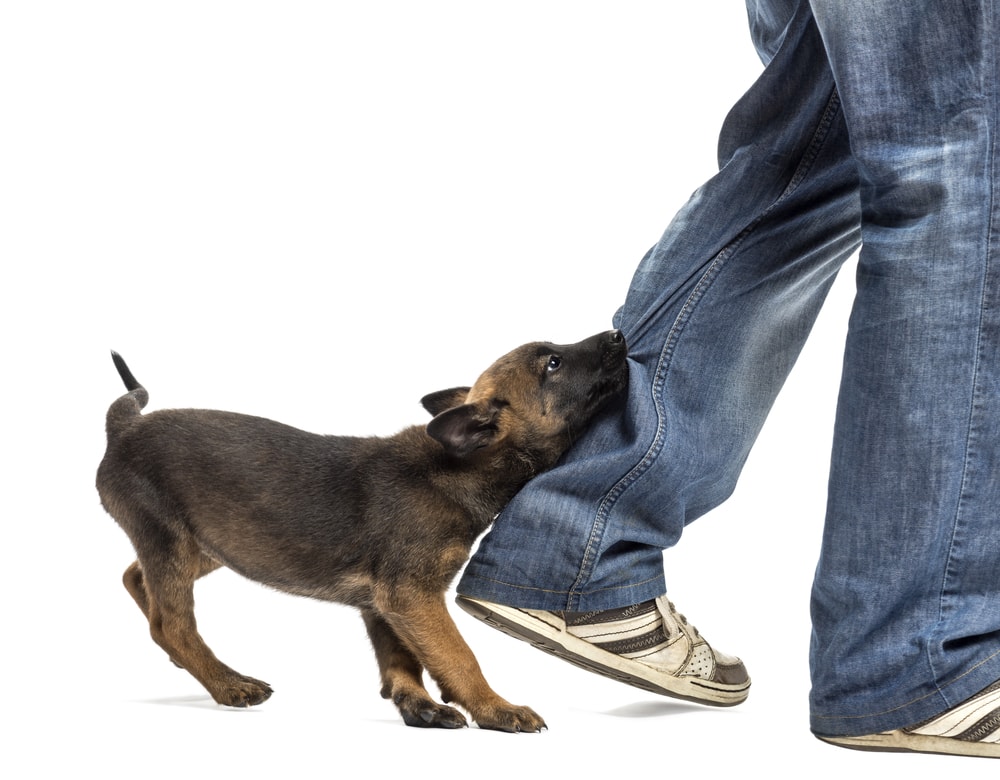 It all started when homeowner Taylor J. Sanford was expecting a contractor to come over to work on his sprinkler system. According to the story in KSL News, Sanford told the contractor to first call or text him before he went in the backyard so he could put his large Rottweiler dog(s) away. Unfortunately, the contractor didn’t do that and came face to face with the dog, who promptly greeted him with a bite to his upper thigh. The dog bite victim later hired an attorney who opened up a claim with Sanford’s homeowner’s insurance. Feeling like he did nothing wrong, Sanford contacted Senator Fillmore and held a press conference with KSL News to talk about the injustice of his situation. According to Sanford: “[I]t wasn’t my fault, it was his fault for disobeying my direction.”

At issue in this case is the language of Utah’s dog bite statute 18-1-1, which reads as follows:

Utah’s dog bite statute, like many in other states, is what is called a “strict liability” statute. This means that when a dog bites someone else, the dog’s owner or “keeper” is responsible for those injuries. The concern voiced in Sanford’s case is that someone could trespass onto your property to steal, plunder or peep in your window, and be able to make a claim if they happened to get bit by the family pooch. While this could technically be true, the concern fails to look at the affirmative defenses a dog owner has which require the fact finder to apportion fault where applicable under section 78B-5-818 of the Utah Code.

Dog owner defenses to a dog bite claim. For example, a runner who is passing by a house when a dog tears out and bites them, would be free of fault in that instance. Likewise, a mailman who walks to the front door to deliver a package and gets bit, would likewise be free of fault. A person though, who provokes or taunts a dog, resulting in a bite, would not be free of fault and their negligence would be considered as a defense to the claim. Persons here would be “assuming the risk” that they could end up getting bit. Similarly, if a person sees that a dog is chained up or is present in an area and then walks into the area where the dog is, that person will have “assumed the risk” and their recovery would be reduced or eliminated by the amount of their contributory fault. (Under UCA 78B-5-818(2), if a person is 50% or more at fault in causing an injury, they will generally not be able to make a claim, although I cannot say if their claim would be dismissed or simply reduced under the UCA 18-1-1 strict liability statute.)

In this situation, the contractor was first invited to the property to perform work. So, he was not one of those trespassers that even a revised dog bite statute would protect against. However, since this contractor was told by the homeowner that he had dogs that needed to be put away, this is notice to him that he could be bit if he walked into an area where the dog(s) were present. In the end, a fact finder could very well find that the contractor was at least 50% at fault in contributing to his bite. And if this were the conclusion, then the contractor’s claim would be reduced or potentially fail under Utah’s 50% threshold rule (see discussion above).

I understand that the proposed amendment seeks to strengthen protections for dog owners. However, I feel like the statute, as written, along with the affirmative defenses already in place for dog owners, allows a fair blend of protections for dog owners versus remedies for those who are injured by a dog. Giving dog owners complete immunity if someone happens to “trespass” on their property, such as a child recovering a ball, is not likely to reduce the thousands of dog bites we see in Utah in just one year. In fact, I think it will encourage dog owners to be less vigilant in protecting the unsuspecting from getting bit. In the end, keeping the statute as is will promote a safer community for all concerned.

Ron Kramer is an attorney practicing personal injury in West Jordan and throughout Utah.