Utah Bus Driver Found DUI With Passenger on Board

Park City officials say that it was only after one of their buses ended up in a ditch that they discovered their bus driver was driving under the influence. According to KSL News, a bus driver for Park City Transit was driving a bus with one passenger around 8:00 in the morning this past Saturday when he lost control and went off the road. The bus nearly tipped over as it landed in a ditch on the side of Homestead road between Rasmussen Road and I-80. Officials had to close down the road for three hours to remove the bus from a ditch it was wedged in. Luckily, no one was injured.

After the crash, the driver was asked to submit to a breath alcohol test, where he blew a .074. This is above Utah’s new .05 limit. Under the old limit criteria of .08, it would not have trigged a DUI citation, although bus companies generally have a zero tolerance for drugs in the systems of their drivers. 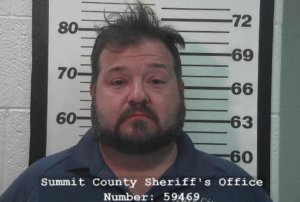 Following this revelation, the driver, Jason Benjamin Parker, was charged in court with driving under the influence, a class B misdemeanor and the infraction of failure to operate in a single lane. Parker had initially told investigators that he had simply fallen asleep. However, he later revealed that he had been drinking the night before and the officer taking the sample also smelled alcohol on the driver’s breath. For his part in the crash, the driver has been “relieved of all duties.”

Legally speaking, it is a liability for anyone that hires a commercial driver to allow them to drive while intoxicated. While most drivers would certainly try and hide the fact that they are driving DUI or “impaired,” there are things that companies can do to screen and supervise their drivers to minimize how often this might happen.

This begs the question that if the driver had alcohol on his breath, should this have been identified on the day this crash happened? Were there warning signs preceding this crash? Was there a history of driving under the influence prior to the time the driver was hired? Were there other red flags? Were there negative comments from passengers about the bus driver and how he drove that were not properly evaluated? In conducting a root cause analysis examination to see if this crash was preventable, I would hope Park City would ask these and other questions so as to learn from this event and minimizing a re-occurrence like it from happening in the future.