FREE CONSULTATION WITH AN ATTORNEY

Sexual harassment in the workplace is illegal! According to the Equal Employment Opportunity Commission (EEOC), sexual harassment is “unwelcome sexual advances, requests for sexual favors, and other verbal or physical conduct of a sexual nature . . . [that] unreasonably interferes with an individual’s work performance or creates an intimidating, hostile or offensive work environment.” See: https://www.eeoc.gov/facts/fs-sex.html 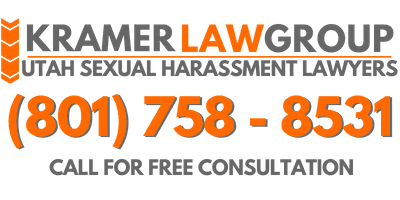 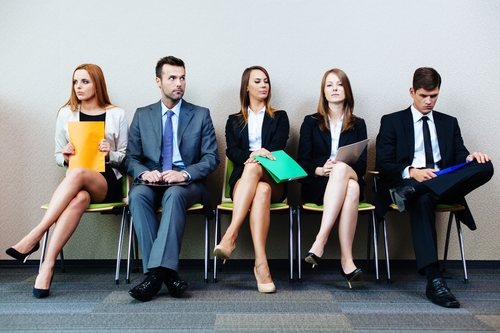 If a supervisor propositions you and suggests you could be promoted, get a pay raise, or get some special perk, this is called quid pro quo sexual harassment. This means that your supervisor is looking for sexual favors from you and they are promising something to you in return. Unfortunately, these same supervisors also have the ability to make your life on the job miserable in the form of adverse job action such as write-ups, changing or reducing your job duties, loss of benefits, demotions, etc. 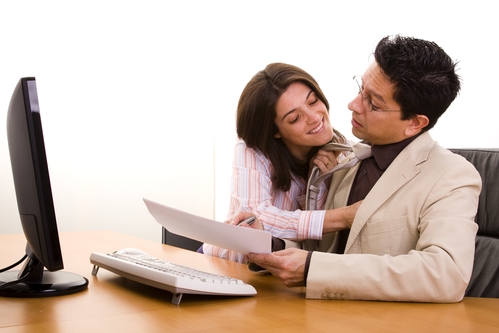 Sexual harassment can also be a bunch of different, less-serious unwelcome actions that happen in the office. And so one day it could be, “Hey you’re looking good today!” and the next day she might brush against you too close. The following day the harasser could be sending a suggestive email and the day after they suggest, “Hey, let’s get together after work.” While each of these incidents alone won’t arise to sexual harassment, when you add them all up, it in effect creates a “hostile work environment,” where after awhile, you don’t feel comfortable going to work. You’re thinking “Oh, what’s the boss going to do today?”

Let Your Employer Know About The Problem

Make sure your complaint is in writing so there’s no confusion that you are putting your company on notice of the problem. Creating a paper trail at this stage of the game is crucial as you need to document the problem and who you are sharing this with. Unclear, verbal complaints are usually not effective to trigger the company’s responsibility to do something about the situation.

Complain to the Authorities

The Utah Labor Commission, sometimes referred to as the UALD (Utah Anti-Discrimination and Labor Dept.), is a Utah state agency that receives and investigates claims of discrimination in the workplace. 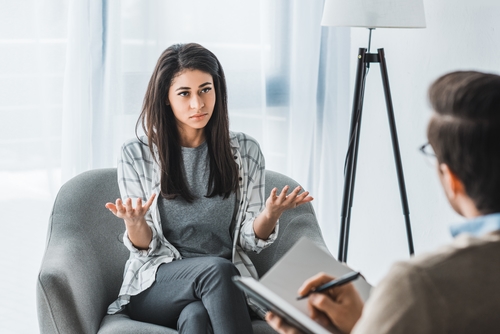 Making a Complaint to the Utah Labor Commission

There are a number of ways to make this happen. First, go to the UALD website to get background information on making a claim. Click here to go to their website and read up on the process.  On their website you can download a form to fill out that will give them the information to start looking into your claim.

After you fill out their form, you’ll need to submit it to them. To do that, you can fax the form, scan in the form and email it, mail it to them or bring it in personally to the Utah Labor Commission, located at 160 East 300 South, Third Floor, Salt Lake City, UT. Once they receive this information, someone will be in touch with you to ask you more detailed questions about your claim so they can put together a formal “charge” where your exact claims against the company are spelled out. After this is put into a draft format, you’ll need to approve the form by signing it and returning it to them. Once they receive your signed form, then your complaint is officially filed.

Time-frame for Making a Complaint

The time frame for making a complaint of sexual harassment is very short. Generally, you’ll want to make your complaint within 180 days of the last date of harassment or retaliation for the UALD to have jurisdiction over your claim.

If you don’t make this window, however, you can still make a claim with the EEOC within 300 days of the date of the last harassing or retaliating incident. There are different statute of limitations that may apply as you may have state claims, such as sexual assault, so check with an attorney to see which one is applicable to you. Don’t be lulled into complacency thinking your company will take care of it. What if they don’t and now it’s too late? Keep track of what’s going on and make sure you have a plan to make sure the issue is addressed before these deadlines expire. 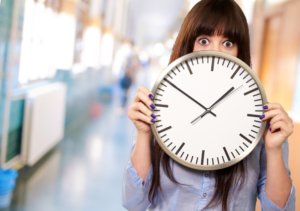 Other Complaints to Make Beside Sexual Harassment

The companion claim that we see along with sexual harassment is that of retaliation. A retaliation claim looks at what the company did after they got notice of your sexual harassment or other employment discrimination complaint. Ideally, when a responsible company gets notice from an employee that employment discrimination is happening, they will do everything they can to investigate and put a stop to it. This is their job. So, if you are sexually harassed out of the blue and the company takes care of it right away and it doesn’t happen again, then they have done their job, and you will probably not have a claim. (Check with a lawyer first to be sure.) However, if the company or its executives or human resource department starts giving you a hard time for even making the complaint, then this potentially could arise to retaliation.

The usual scenario is where your supervisors are upset that you have made waves by complaining about the sexual harassment. They wished you wouldn’t have been so vocal and not involved higher-ups in the company and/or agencies like the EEOC or the Utah Labor Commission. They resent the “meddling” that these agencies will now impose on them when the investigation starts.

It’s at this point where much of the retaliation begins. It could start with something as innocuous as them taking responsibilities from you, taking accounts away. It can then progress to things like cutting your hours, reducing your allowed overtime, changing your job description, moving you out of a department while the harasser remains in his or her position, micro-managing your attendance, write-ups for things that you were never written up for before or write-ups for things that other employees do all the time.

The ultimate retaliation, of course is being terminated, with the close cousin being forcing you out of the company or “constructive discharge,” where your working conditions becomes so difficult that you can literally not stomach continuing to work there. In the end, you are victimized twice: the first time from the harasser and second time from the company.

Your Retaliation Claim Might Be Stronger Than Your Sexual Harassment Claim

The retaliation that happens after you make your complaint can open the door to making a formal retaliation claim against the company.

Although you may have actually been sexually harassed at your job, you might not be able to bring a claim if it was first-time occurrence by a co-worker, if your claim was weak, lack of evidence, he-said-she-said, if the harassment was consensual, or for some other deficiency in proving your case. In this situation, the retaliation that happens after you make your complaint can open the door to being able to make a formal retaliation claim against the company. There are numerous examples of where a person’s claim for sexual harassment failed, yet they were still able to prove the company retaliated against them for reporting it. It’s like what they say sometimes: It’s not the wrongdoing that got them into trouble; it was the cover up to try and make it go away. 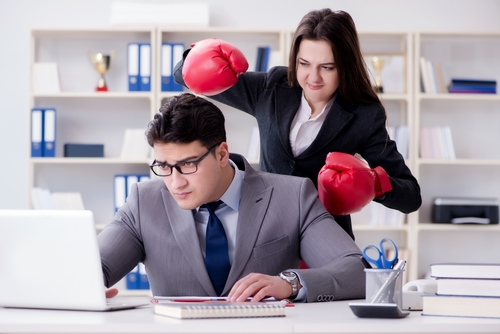 Remedies for Victims of Sexual Harassment

Damages for pain and suffering or emotional distress for those who have been sexually harassed, are generally tied to the number of people who work for the company. For example, in smaller companies with less than 50 employees, the remedy for general damages is capped at $50,000 whereas the cap for companies that have over 500 persons is capped at $300,000. These caps are generally not applicable for claims involving past-lost wages (back pay) and future lost wages (front pay). They are also not applicable for punitive damage claims, which can rise to stratospheric heights when the fact patterns are particularly egregious.

Along with civil remedies, attorneys who are successful at trial in a sexual harassment cases can also request the court pay them their attorney fees for prosecuting the case. So even if the jury awards $1 as nominal damages in a case, winning attorneys are still entitled to submit their attorney time and get their hourly rate for bringing the case to trial. For attorneys that are confident they can prove their client’s case, this is a big incentive for them to go the distance.

Unfortunately, it seems too few victims of sexual harassment take the steps necessary to actually do something about the harassment they experience. It could be because of their immigration status. It could be that they really need the job and are worried about finding another job that pays the same or better. There are lots of reasons that put pressure on employees to say nothing. Sadly, it is the failure to say anything that promotes continued harassment in the workplace.

While we can’t speak for other firms, the fee at the Kramer Law Group for representing you in your case is based on a “contingency fee.” This means that we are paid only if we’re successful in getting you a result on your case. Our fee is 33.33% (1/3) if we can resolve it without filing suit in federal district court or 40% if we have to file your case and move toward a trial setting and/or take your case all the way to trial. And if we do go all the way to trial and get you a verdict, then we will make a claim for “statutory attorney fees.” This amount will not come out of your recovery, but is an additional amount the company must pay directly to our law firm.

Costs in sexual harassment cases with the Kramer Law Group likewise do not come out of your pocket as our firm typically advances the costs in these types of cases. Normal costs would include things such as a filing fee, service of process costs, deposition costs, travel expenses, expert witness costs, trial preparation costs, etc. We just asked to be reimbursed at the end of the case when it is settled or when we collect a verdict.

How Much Does It Cost to Consult With a Lawyer on My Case?

Some firms that do sexual harassment cases will charge you a consultation fee to screen your case and give you an assessment on your potential case. At the Kramer Law Group, all initial consultations are FREE once we do an initial screen to make sure your case meets certain minimum requirements. In the meantime, give us a call at 801-758-8531 if you have any questions or to schedule an interview.

Ron Kramer is a sexual harassment attorney practicing in West Jordan and throughout the state of Utah.