A class-action settlement involving multiple complaints from female patients against UCLA gynecologist James Heaps, M.D., has been preliminarily approved. The settlement allows for the settlement proceeds to be paid to over 5,500 patients of Dr. Heaps, who is currently facing 20 felony counts of sexual assault. The settlement is expected to be finalized in July but is already being contested by attorneys who have claims involving individual persons against UCLA.

The class action was originally filed in 2019 and alleged that Heaps sexually assaulted, abused and harassed his patients. UCLA, a co- 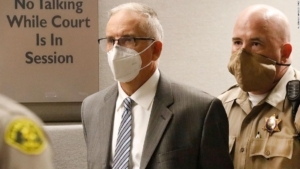 defendant, is accused of enabling Dr. Heaps by not taking prompt action when they received credible reports of sexual abuse by women who were his patients. For example, Dr. Heaps was allowed to continue to treat women during the investigation and after UCLA told him that his contract would not be renewed. No doubt, additional sexual abuse happened during this time period.

The class action complaint specifically alleges that women receiving ob/gyn examinations were sexually abused during these examinations, with unnecessary procedures being done and more frequent, invasive examinations scheduled to allow Dr. Heaps the opportunity to additionally abuse these patients. In addition, it is alleged that Dr. Heaps would make inappropriate and sexually suggestive comments and would remove his patient’s clothing without their consent.

An attorney who is contesting the proposed settlement argues that the amount is too low to adequately compensate these women, where some of these victims may get as little as $2,500 and at most $250,000, with an average payout of $11,000, an amount that he says is insufficient.

In addition to the payment of $73 million, UCLA has agreed to clean up its act and implement a number of reforms, including:

In my opinion, UCLA is most responsible for what happened. While there will always be predators in industries such as the medical field and the restaurant industry that take advantage of the trust that people have in them, once the over-seeing entity gets notice of alleged sexual assault, then it’s up to them to take prompt action to investigate and stop the sexual abuse. And if they don’t, then they have blood on their hands and are complicit in the predator’s actions by their inaction and should be required to bear financial responsibility to help make things right.

What happened here is similar to a case we have in our office where a male salesman was sexually assaulted by a male employee of a vendor that he was required to call on as part of his job duties. The situation was made worse when the employer/supervisor of the sexual predator — who actually witnessed the assaults happening — did nothing about them after my client complained and would actually laugh about it. The employer/supervisor’s appeasement had the effect of contributing to continued sexual assaults on my client as well as others who did business with this company. Just as a claim was brought in this story against UCLA and the gynecologist, a claim could be brought against the employer and his employee-predator in this instance.

If you believe you have been sexually abused or assaulted by a medical provider or the owner of company, please give us a call to discuss the range of remedies that might be available to you. All consultations are private and FREE. So call today.

Ron Kramer is an attorney practicing sexual assault and abuse law in West Jordan and throughout Utah.