Any Utahn who drives on the I-15 through Salt Lake County recently has likely noticed a significant drop in cars on the road since the beginning of the pandemic and Utah governor Herbert’s directive to “stay home and stay safe.” Fewer cars on the road, however, has not apparently equated to an equal number of reduced fatal crashes or DUI arrests.

According to KSL News and the Utah Department of Transportation (DOT), traffic on the I-15 has been reduced by up to 50% in Salt Lake County from March 15th to April 21. It’s therefore logical to assume that with fewer cars on the road, 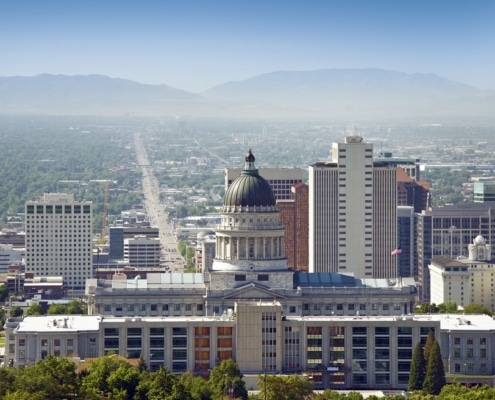 With such a reduction of cars on the road and a reduced number of crashes, it’s surprising to learn that fatal crashes are down only by 3 from last year where there were 63 fatal crashes versus 60 for this year. This is less than a 5% reduction overall.

Part of the disconnect could be because drivers are driving faster than normal on empty highways. I wrote about this a couple of weeks ago.

[UTAH DRIVERS SPEEDING UP AS PANDEMIC EASES UP TRAFFIC]

In explaining the discrepancy, UHP Lt. Nick Street stated that speed is not the only factor. Other reasons include not wearing a safety belt and not keeping a proper lookout by looking 12 to 15 seconds ahead.

In terms of DUI violations, the open roads have not caused a significant decrease in these incidents either. For example, UHP troopers arrested 279 suspects in March of 2019 compared to 256 in March of 2020. This represents less than a 9% reduction. This is surprising since many bars and restaurants that serve alcohol were closed for half of March, although Street says that DUI violators typically get liquored up at a party or their own home. Perhaps these DUI suspects are just easier to see now that traffic volumes have decreased. 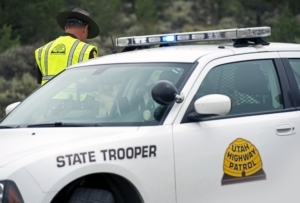 Legally speaking, those that drive DUI and cause an accident will usually always be responsible for the injuries they cause to others. Be aware DUI drivers, you’re going to stick out like a sore thumb now! Stay home and stay off the road!

Utah Drivers Speeding Up as Pandemic Eases up Traffic