Motorcycle lane filtering will be available to Utah’s motorcycle riders after Governor Herbert signed a law (HB 149) last week allowing for the practice. According to KSL News, starting on May 14 2019, motorcycle riders will be able to ride in between stopped cars on roads in order to “filter” toward the front of the line. This will be allowed on roads where the speed limit is less than 45 miles per hour. 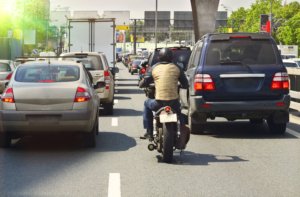 Utah Is a Trend Setter in This Area. According to RideApart.com, Utah is only the second state to allow the practice, which is a modified version of “lane splitting, a practice that California has allowed for decades, which allows motorcyclists to actually pass between cars. If you’ve driven in California for even a short time, no doubt you have experienced this, as it can be very unnerving if you are not used to it. This is particularly true if the bike has a loud pipe and passes right by your driver’s door!

UHP Is Warning the Public.

The UHP is promoting public awareness of this change in the law so motorists aren’t surprised or upset when a motorcycle comes cruising right by their window when they are stopped (or even slowing.) Presumably, this new law also allows bicyclists to filter to the front as well. (I remember at least one incident where a cyclist was ticketed for doing the same thing on the right side of stopped traffic.)

What the Law Allows: Basically, lane filtering will allow a motorcyclist to: 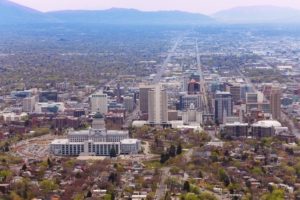 Legislative Discussion. This bill was moved through the Utah legislature as a way to promote safety for the motorcycle community. The discussion revolved around how to reduce the incidence of motorcycles being rear-ended – a very real threat on the road for any motorist, but particularly for a motorcycle rider. (Between 2011 and 2017 there were 1200 motorcycle read-end collisions.) Read end collisions can be very minor, with just a scratch or no property damage and no injuries to crushing in the rear of the car with resulting serious injuries. Once you replace that two-ton car with a 500-pound motorcycle, however, you can only image what happens when a motorcyclist is rear ended by a car or truck: It can be catastrophic and even fatal.

Need for Motorcycle Safety Emphasized. With drivers being increasingly distracted, motorcycle injuries and fatalities in Utah have risen and there are already more motorcycle deaths in Utah for the first eight months of 2018 than for all of 2017. While not all of these crashes involved rear end collisions, the statistics highlight the exposure that motorcyclists (and even cyclists) have while out on Utah’s roads.

One of the bill’s proponents, Elvecia Ramos, founder of the Riderz Foundation, testified of another motorcyclist losing their life after being rear-ended. Another proponent, Scott Thompson of Lindon, testified that California’s lane splitting helped him as a motorcycle cop to be able to ride between the natural gaps in traffic and be more efficient traveling on the roads. He believes this new law will help to “declutter” traffic by allowing motorcyclists to move to the front of the line, taking up less space on the road and at a traffic light. 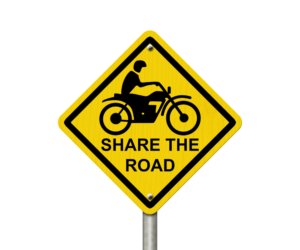 Final Thoughts. In the end, I expect that this new law will benefit the riding community – both motorcyclists and pedal cyclists. Lawmakers say they will evaluate how things are going with this new law and say they will reserve the right to rescind the law in 2022 if things don’t go well. I just wish the Utah legislature had taken the wait and see approach to eliminating Utah vehicle inspections, which I know have already resulted in increased injuries and fatalities on our road. SEE: MORE UNSAFE VEHICLE ON UTAH ROADS FOLLOWING INSPECTION ELIMINATION]

Ron Kramer is an attorney practicing personal injury in West Jordan and throughout Utah.

Avoid Getting Minimums When You Purchase Auto Insurance