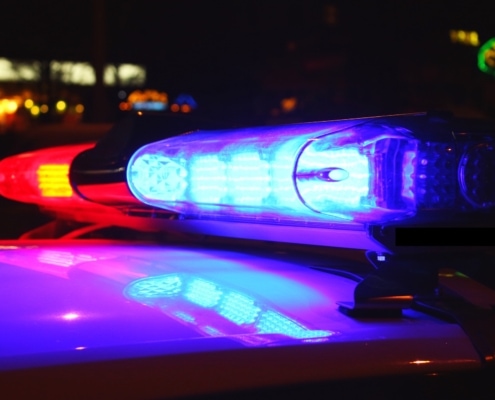 We’ve been hearing a lot about road rage recently, including a story that KUTV News did recently where I offered a few thoughts on the subject.

Today, I read about a motorist being charged with injuring a man in Bountiful after a road rage incident in a parking lot. According to KSL News, the incident started at a Walmart in Centerville when the victim, Jayce Medina, 20 years-old, admitted to flipping off Shawn Paul Smith, the 44 year-old driver of a Ford F-150 truck, assumedly over something stupid that Smith had done. (Pro tip: flipping off drivers usually does not work well to deescalate a situation.)

According to the report, Smith then followed Medina at high speed, ending up at in the parking lot of Target. Medina got out of his car and the two men started yelling at each other in the parking lot. Medina then walked in front of the truck, as if he was going to the driver’s side window of the Ford. At the point that Medina was in front of the truck, Shawn Smith hit the gas and proceeded to run over and drag Medina for more than 70 feet across the parking lot. The store’s surveillance video picked up the whole thing, including the license number of the truck. This was helpful as Smith then fled the scene. Using the license information, officers were dispatched to Smith’s house and found him sitting in the bed of his pickup truck, where they took him into custody.

Charges filed against Smith include aggravated assault resulting in a serious bodily injury (including a fractured pelvis and internal injuries), failing to stop at the scene of a serious accident, obstructing justice and two counts of committing a violent crime in front of a child. The charges of obstructing justice apparently stem from his lies to law enforcement about how the incident happened. The children in Smith’s truck had to correct their father with the real story. Apparently, Smith told law enforcement that Medina was the aggressor, had pulled a gun on him, that he was fearful for his life, and he did not realize he had run over someone. The surveillance video, however, corroborated none of his story. 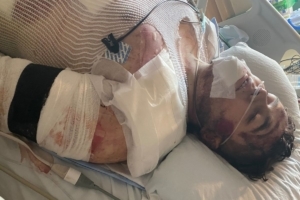 Legally speaking, the victim in this needless road rage incident has civil remedies against the aggressor. Although it does take two to tangle, no one is entitled to inflict serious bodily injury on another simply because the other person flipped them the bird (although they could get dinged a little under Utah’s comparative fault laws). Smith is therefore liable in a civil action for all injuries, disability, lost wages, emotional distress and other incidental damages stemming from his reckless actions. Medina’s own insurance may also provide a contribution as well.

Ron Kramer is an injury attorney practicing law in West Jordan and throughout Utah.