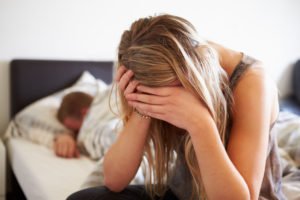 Utah State University issued a Code Blue Message last month after two unidentified males sexually assaulted a female student on campus. The victim said she didn’t know the attackers and couldn’t give the police a description.

Unfortunately, sexual assault in Utah is not an uncommon occurrence. In fact, one in three women in Utah will experience some form of sexual violence during their lives.

While we all feel that perpetrators of sexual assault should be punished, the task for law enforcement is difficult since victims are usually unable or unwilling to confront their attackers. Many victims understandably find it difficult to speak out about how the details of their sexual assault.

The tide is changing, however, as victims of sexual assault are standing up to their abusers. With recent revelations that Hollywood power players like Harvey Weinstein and Kevin Spacey have been sexually assaulting victims for years, women are coming forward to talk about their experiences and to speak out against all forms of sexual abuse.

What Is Sexual Assault

Sexual assault is any unwanted sexual contact or attention that results from force, pressure, violence or threats. It can take many forms, such as rape, harassment, or sodomy, and happen to anyone regardless of age, sex, gender or race.

Victims of sexual assault in Utah have powerful rights under the law. Not only will those found guilty of sexual abuse face jail time, but they may also be held financially accountable for both physical and emotional injuries suffered by their victims.

According to Utah Code 76-5-404, a person commits forcible sexual abuse if they touch or take indecent liberties with another person who is 14 years old or older with the intent of causing substantial emotional or bodily pain, or with the intent to arouse or gratify the sexual desire of any person without their consent. Forcible sexual abuse may involve the touching or groping of genitals, breasts and other sensitive areas.

Forcible sexual abuse is second-class felony punishable by a mandatory prison sentence. If the perpetrator of the crime caused serious bodily injury, then they may be charged with a first-degree felony and face 15 years to life in prison.

Victim’s Rights to Sue for Damages

In addition to criminal prosecution of against perpetrator of forcible sexual abuse, victims of sexual assault may also be able to sue their abusers for damages.

Like other personal injury lawsuits, victims of sexual assault can incur damages resulting from physical and emotional injuries. Some of these damages can include posttraumatic stress disorder, suicidal thoughts and high levels of distress. Victims are also more likely to abuse drugs like cocaine and opioids. Sexual abuse may also affect a victim’s ability to work, trust friends and family, and be intimate with partners.

Although victims cannot sue specifically for “sexual assault,” victims can sue under other legal theories such as assault, battery and intentional infliction of emotional distress. If successful, victims may be compensated for embarrassment, mental duress, lost wages, loss of enjoyment of life, and medical bills. Under certain circumstances, punitive damages may also be awarded.

Unfortunately, recovery will be limited to the personal assets of the attacker. Before a victim files a lawsuit, they should determine whether the defendant has sufficient assets to cover potential damages awarded in a final judgment.

What Should I Do If I Have Been Sexually Assaulted?

If you have been a victim of sexual assault, know that you are not alone. Contact one of our attorneys today. We can provide legal guidance and help you determine the best course of action for recovering for what you have gone through.