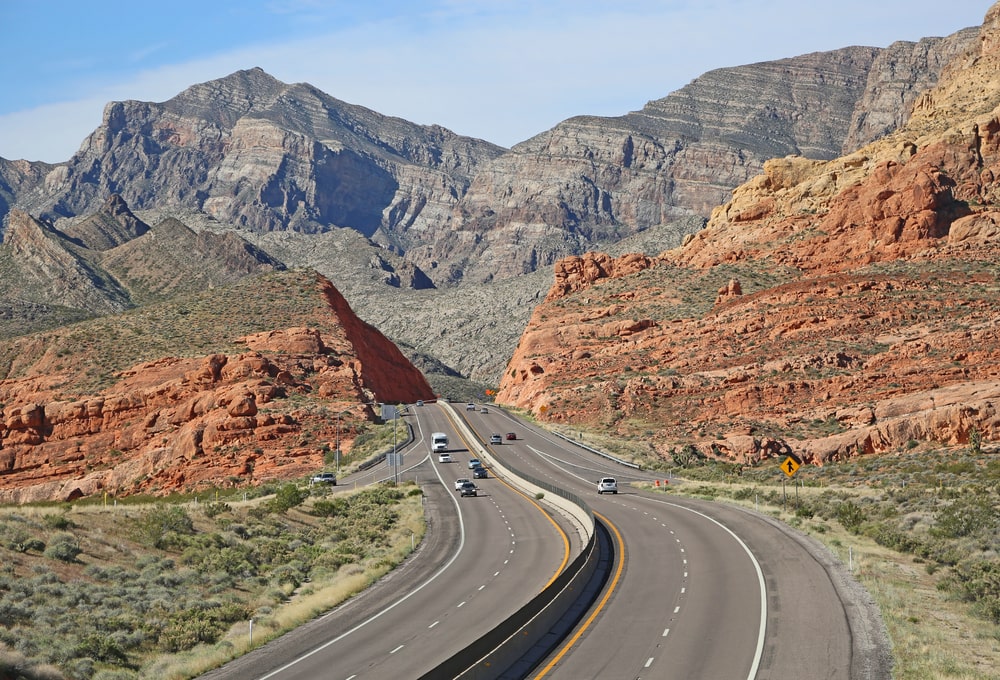 In the early 70’s, the stretch of I-15 between St. George Utah and Littlefield, Arizona, called the Virgin River Gorge, was the costliest stretch of freeway constructed in the United States. Back then, the cost worked out to be $100 per inch of highway! And over the years, there have been myriad construction projects to keep the highway in shape and to repair it from accidents that have happened on this twisty road. According to the Arizona Department of Public Safety, there were 161 reported crashes in 2019 alone, with 54 of those happening within what seems to be a perpetual construction zone.

The latest construction project started in May of 2019 with the Arizona DOT rehabbing and repairing the decks of Bridges 2, 4 and 5 between the mile 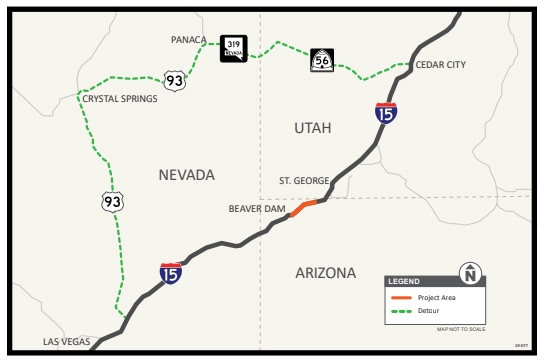 Ironically, some crashes happen because some motorists are going too slow through the Virgin River Gorge, either because they’re being overly cautious or because they want to make the motorists behind them “suffer and wait in traffic” like they had to. Sgt. Bottoms says that some of these crashes happen when motorists don’t let others merge into a single lane through the construction zone, with commercial truck drivers reportedly being some of the most notorious offenders.

For those injured in an accident in the Virgin River Gorge, you should know there are two basic places where claims can legally be brought. One of the most obvious is in Arizona, the state where the crash happened. This stretch of highway, while technically in Arizona, however, is hundreds of miles away from the larger metropolis of Phoenix, making finding a lawyer seem a daunting task, particularly when treatment for these injuries will almost always NOT occur in Arizona.

The next location to bring a claim would be where the defendant, or person who caused the crash, lives. With many interstate travelers and truck drivers on the road, that person could live back east or in California, or in many states in between.

Although you may have been seriously injured in your Gorge crash, at the Kramer Law Group, we can make bringing a claim a painless experience. This is because we are licensed in the states surrounding the Gorge, where motorists may have come from or are heading to, as well as in Arizona, where the Gorge is located. Either way, we got you covered and can help sort out your injury claim and get you the remedy you are entitled to.

So, if you have been hurt in a Virgin River Gorge crash, call us TODAY at (801) 601-1229 for a free in-person, zoom or phone consultation. We look forward to speaking with you.