Doctors at the University of Utah Hospital have reported a 161 percent increase in the number of scooter-related injuries compared to a year ago. According to the Washington Post, doctors are concerned that this may be part of a exploding epidemic of scooter injuries from the scooter craze that has gripped larger cites throughout the US. 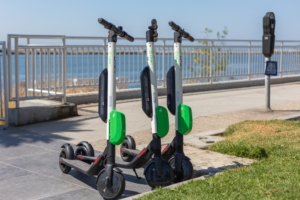 Electric scooters have now been in Utah since June and are mostly concentrated in Salt Lake City. (I did see a Lime scooter in West Valley City yesterday.) Most of the reported injuries involved rental scooters, such as those from Lime, Bird or Skip. The injured riders ranged from 20 to 50 years old and were mostly hurt when they were trying to catch themselves from a fall. Almost half of these injuries were fractures and dislocations of the ankle, elbows, wrists and shoulders. Some patients even had head injuries. Doctors noted a spike in visits between mid August to mid September, which corresponds with the spike in popularity and availability of these e-scooters.

Legally speaking, if you wanted to bring a claim for an injury involving an e-scooter, you would need to be able to say that someone other than yourself was to blame in causing that injury. It could be a car that fails to yield and hits you. It could be someone cutting you off and causing you to hit a car or a curb. These same claims could be made for those riding a bicycle. I think the problem we’ll see with e-scooter legal claims will be the increase in blaming the ride of the e-scooter for not using this new recreational technology correctly.

Defenses to injury claims could be that the injured person should not have been riding the scooter on the sidewalk; they should have been wearing a helmet (almost no scooter rider does!); they were riding the wrong way down the street; they made an improper turn, etc. Having rode one of these scooters a couple weeks ago in St. Louis, MO, I got a good feel for how these scooters work and the real dangers they pose to inexperienced riders. 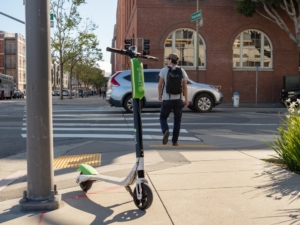 Just like riding a bike, you have to be aware that many motorists will not see you. (Interestingly, I felt more vulnerable riding an electric scooter than my road bike.) I think this is more true during the day than night as the scooter — at least the Lime I rode — has lights that automatically come on at night.

Another factor which I think is huge, is that when you rent one of these, they will NOT come with a helmet. You are expected to arrange with the scooter company in advance or bring your own. While riding around St. Louis (admittedly without a helmet), I didn’t see one other scooter rider who was wearing a helmet. Because of this, I feel like the company should bear some of the blame if there is a crash with a resulting head injury. Given the feedback from the Utah ER unit as well as ER units across the US, it is now foreseeable that a certain percentage of injured scooter users will experience a head injury as a result of riding these scooters. For the scooter companies to continue to provide scooters to consumers, knowing they will take a chance and ride without a helmet, to me says they are willing to risk rider safety for short-term profits.

The same could be said for allowing an inexperienced rider to ride one of their e-scooters that later hits an obstacle, such a storm drain, railroad tracks, hazards in the road, etc., and crash. At least with cars, you have to go through driver training and pass a road test to gauge your skill in driving a car before you are allowed out on the open road. Here, there is a couple tips on your app that you click through the very first time you use the app. That’s it. 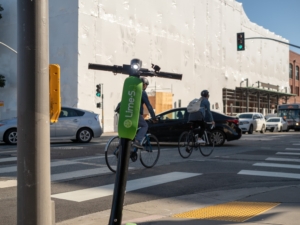 In the meantime, scooter riders need to be especially aware of their surroundings and drive slow enough so they can avoid hazards that suddenly appear in front of them.

Ron Kramer is an occasional e-scooter rider and attorney practicing personal injury law in West Jordan and throughout Utah.

Three Reasons I Turned Down a Recent Car Crash Case