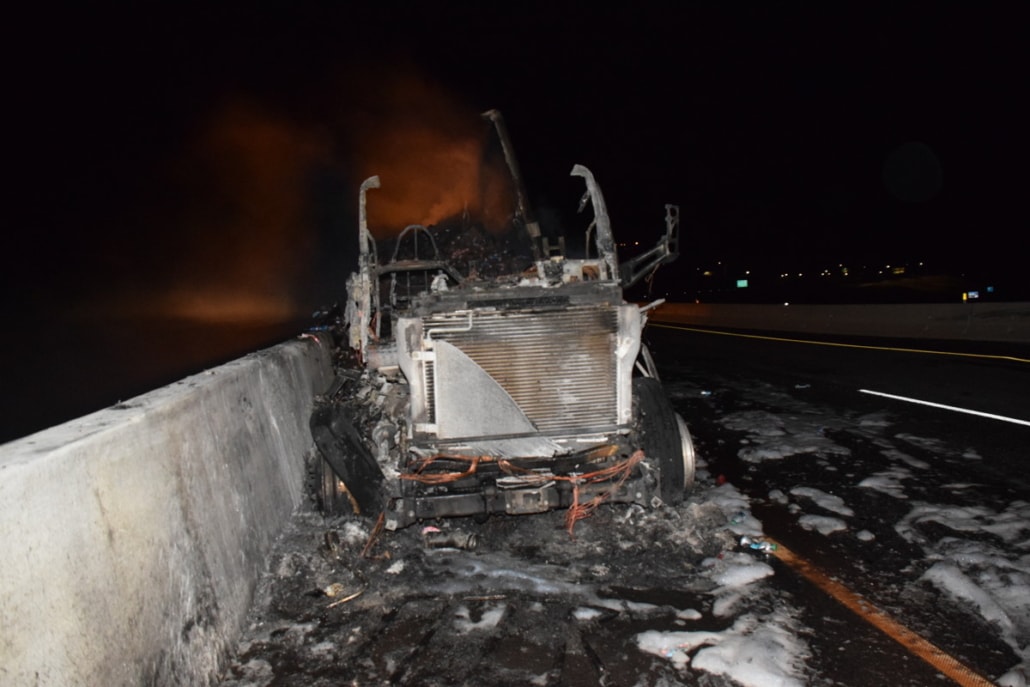 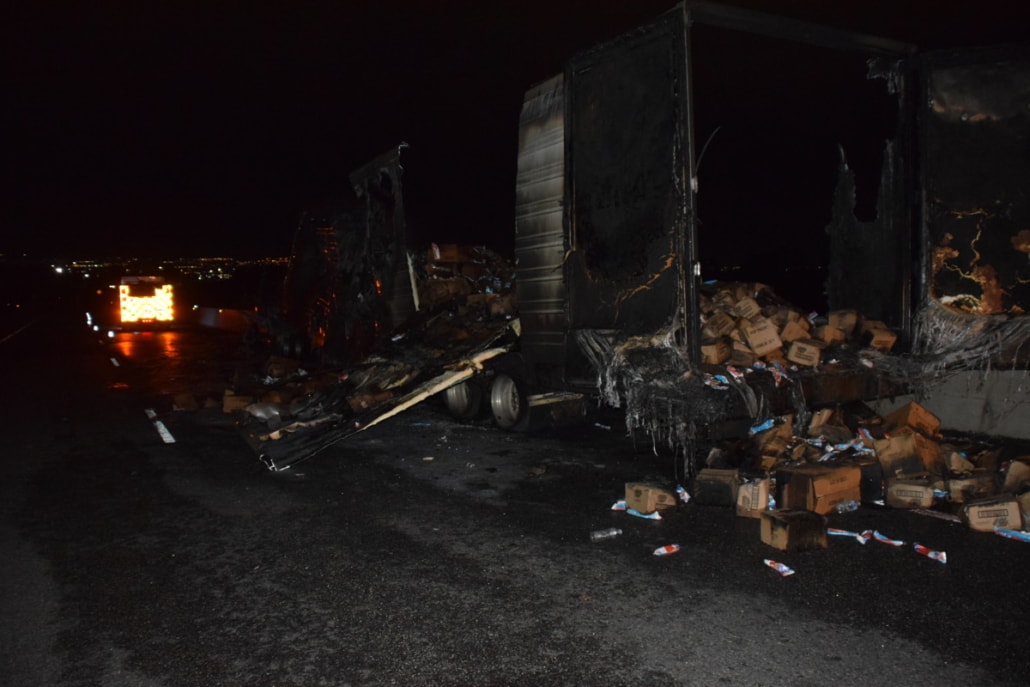 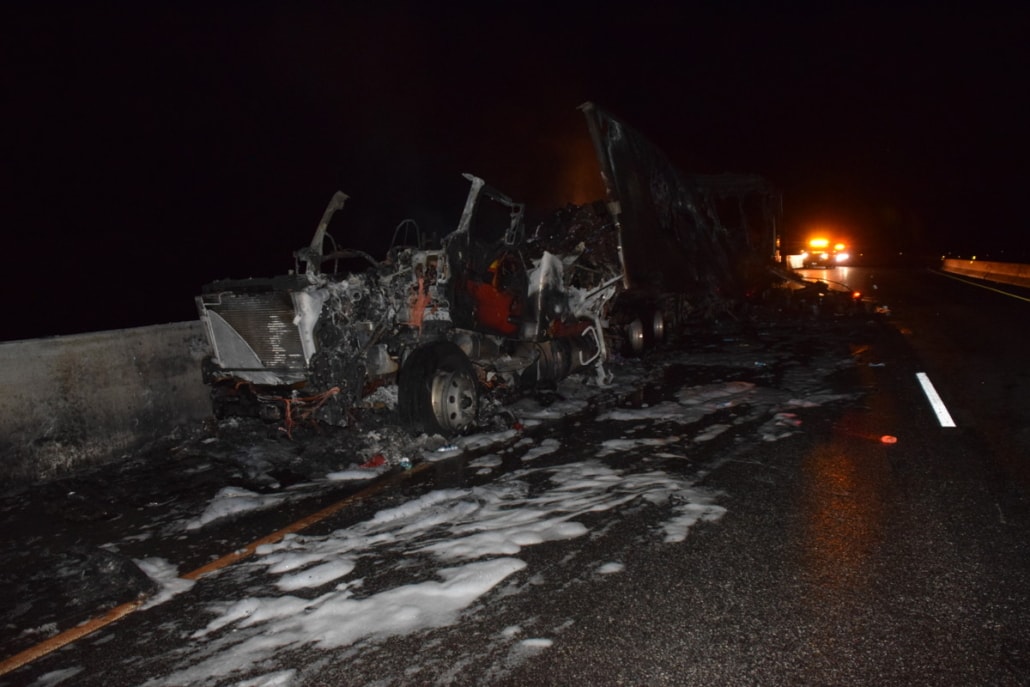 This morning a truck fire closed westbound I-80 in Salt Lake City. According to Fox 13 News, a tractor trailer hauling ice cream on July 9, 2018, caught fire around midnight as it came into the Salt Lake City area near Parley’s Canyon.

Investigators say the truck’s brakes overheated and caught fire and that the fire spread to the rest of the truck, fully engulfing it in flames. The fire also caused a brush fire that was quickly put out. Law enforcement closed the freeway and traffic was detoured to I-215. No injuries were reported, but tons of ice cream were lost. The UHP reported that the fire damaged the freeway and repairs kept it closed for hours, causing traffic to backup for 5 miles.

Legally speaking, eighteen wheeler tractor trailers weighing over 26,000 pounds are considered “commercial vehicles” and are regulated by the US Dept. of Transportation. For truckers, there are a myriad of regulations that need to be followed to keep the truck driver and the public safe from personal injury and death on the roads. One of these regulations is that commercial vehicles need to be inspected at the beginning of the driver’s route with a key area of inspection being brakes. These regulations require that the lining of the trucks be visually inspected, air lines be inspected and pressure checked and that an actual brake holding test be done to make sure the tractor and trailer brakes are working properly.

In this case, if the truck brakes caught fire, it raises the question of whether the brakes were in good working order and whether all of them were working. The grade down Parleys is steep, and if all the brakes are not in working properly, it could cause other brakes to be overworked to the point that a fire developed.

This concept of downshifting well in advance was drilled into me when I went to trucking school. Multiple instructors stressed the importance of planning ahead and getting the truck into gear early. I saw firsthand what would happen if you didn’t do this: it was impossible to get the truck into a lower gear and you had to end up using the truck’s service brakes to slow the rig down. Luckily, the training rigs were unloaded and we were not going down any especially steep grades. There was no fire, just a scolding from my instructor to get it into gear earlier. I think every trucker on the road knows from experience the importance of downshifting early and I think when they neglect to do this it’s because they don’t want to travel that slow in a lower gear, thinking they can ride it out and use their service brakes in a pinch.

Luckily in this case, no one was injured in this incident. However, a truck losing its brakes is a serious thing that can cause injury and death to others on the road. Knowing there are a couple of emergency exit routes on the way down Parleys, I wonder why the driver didn’t pull into one of these. Maybe he/she thought they could ride it out? These ramps were built for the very purpose of preventing truck brake fires and loss of control in situations like this. I’m sure the thousands of motorists that were inconvenienced this morning by this incident wished the trucker would have pulled into one of these exit ramps. Even better, though, would have been for the trucker to descend Parleys in a gear low enough to take this heavy rig safely to the valley floor without incident.

Ron Kramer is a Utah trucking lawyer practicing in West Jordan and throughout Utah.

The scene from a crash on U.S. Highway 40 that killed a 16-year-old boy and critically injured a woman on Friday, June 30, 2018. (Photo: Utah Highway Patrol)