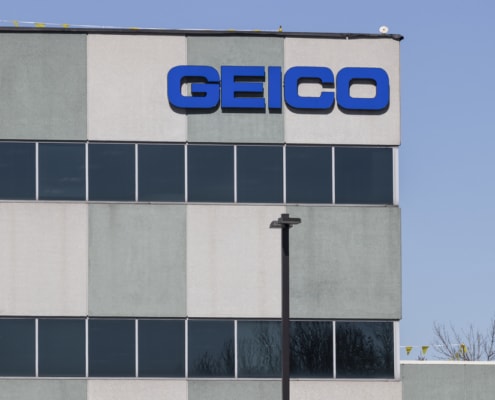 It all started back in 2012 when a woman driving a Ford Explorer hit Terry Guthrie on his bike, causing him to injure his neck and back. His lawyer sent a settlement demand asking the woman’s insurance, GEICO, to pay its policy limits of $30,000. Typical for GEICO, they attempted to low-ball the attorney and offered $12,409 to settle the case, which was only about $2,400 above his $10,000 in medical bills.

The attorney, however, didn’t even attempt to negotiate and proceeded to file suit. The woman was served a copy of the summons and Complaint but basically ignored it and didn’t let GEICO know about the lawsuit. The attorney then obtained a default judgment against the non-answering woman for $2,916,204 and the attorney started collection proceedings against her, forcing her into an involuntary bankruptcy. The trustee of the bankruptcy, after reviewing what happened, felt that GEICO had acted in bad faith when it refused to pay and filed an action in federal court against the insurance giant. The jury in that case found that GEICO was in fact negligent and acted in bad faith, putting 70% of the fault on GEICO and 30% on the woman. GEICO then appealed the verdict to the 11 Circuit Court of Appeals.

As part of the appeal, the federal court requested that the Georgia Supreme Court answer three questions. The Georgia Court answered these questions, basically finding that GEICO was liable for bad faith and clearing the way for the 11th Circuit Court of Appeals to order GEICO to satisfy the verdict against it, plus interest.

Legally speaking, even though this decision happened in Georgia, the same principles apply in Utah when a claim is made against an insurance company. In these situations, the insurance company has a duty to fairly investigate the claim and pay a fair value to the claimant to protect their insured and satisfy the duty they have toward them. When the insurer refuses in bad faith to pay the fair value of a claim after receiving full information, they are potentially liable in a bad faith claim brought against them by their insured. When the bad faith goes the distance, as it did in this case, the result can be many times the original amount they could have paid had they paid promptly.

Ron Kramer is an auto accident lawyer practicing in West Jordan and Ogden and throughout Utah.

Client Shares Story of Landlord Harassment on the Evening News