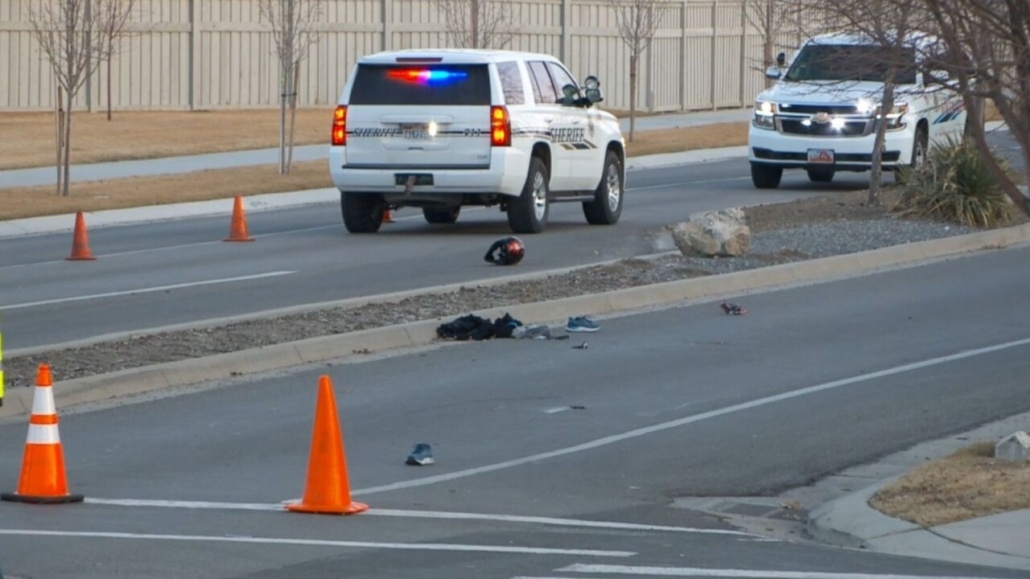 A 19-year-old man was killed as he was crossing the street last week on 3/18/22 around 5 p.m. in Eagle Mountain. According to Fox13 News, the deceased, Caelan Lewis of Eagle Mountain, was in the crosswalk and legally crossing the street when a non-street legal dirt bike driven by a 14-year-old boy and heading south on Porters Crossing Parkway, struck him at high speed. According to witnesses, the boy may have been travelling as fast as 65 miles per hour shortly before impact. Witnesses also state that the boy who was riding in a group with other underaged boys on dirt bikes, had just run a stop sign at Evans Ranch Drive (4200 E and 7700 N) as he headed toward the crosswalk.

According to Utah County Sheriff’s Officer Sgt. Spencer Cannon, the man was thrown 50-60 feet when the motorcycle collided with him. The boy slid about 200 feet with the bike. Bystanders attempted CPR on Lewis before he was taken by life flight to IMC Hospital in Murray, Utah. The 14-year-old boy was in serious condition but expected to recover.

Legally speaking, criminal charges should be pending against the dirt bike rider. According to reports, this was a dirt bike and should not have been on a city road in the first place, let alone going 65 mph in a 25 residential zone! Last time I checked, you can’t even get a learners permit until you turn 15. I’m hoping law enforcement is speaking to the parents to find out how it is that they are permitting their child to ride an unlicensed off-road vehicle through their town when their child doesn’t even have a license.

While the child should be screened for prosecution, the parents or guardians also bear responsibility. In my opinion, what happened here is called “negligent entrustment.” Basically, parents have a duty to make sure they don’t allow, facilitate, or tolerate their unlicensed children driving motor vehicles illegally on city streets. While parents are already on the hook under Utah law for their children under 18 that cause crashes, they also need to be held accountable for their own personal negligence that would permit this crash to happen in the first place. Maybe they thought they were being the cool parent for bending the rules and flouting what they knew were local and state restrictions on their children driving. Sadly, their carelessness has caught up with them and an innocent person is dead and the family and estate of Caelan Lewis have a wrongful death claim against the motorcyclist and his parent(s) for their choices that led to this fatal crash.