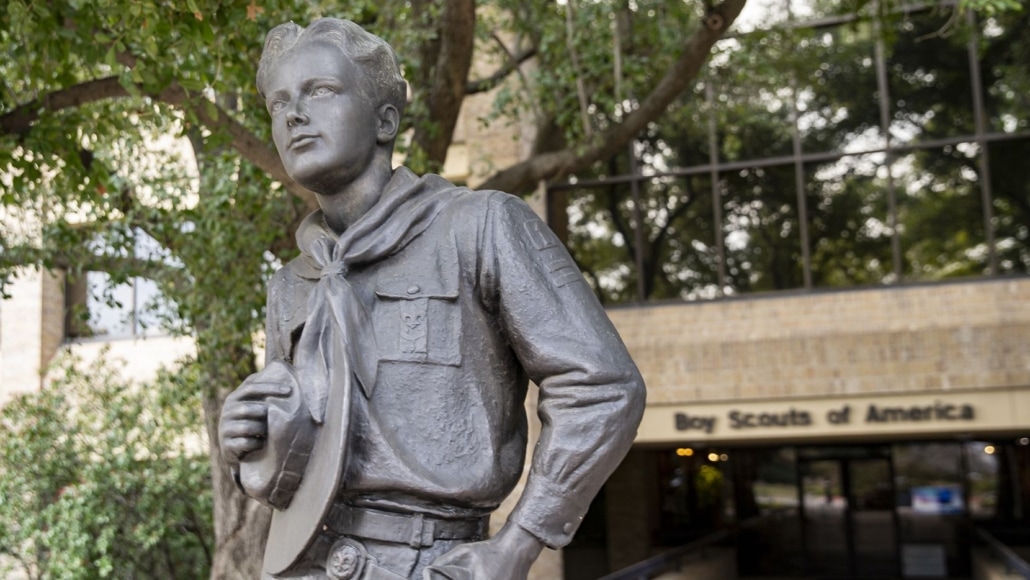 The Boy Scout statue outside of the Boy Scouts of America headquarters in Irving.(Juan Figueroa / Staff photographer)

If you have been abused while in the scouting program, you may be entitled to compensation for what you have gone through. According to the USA Today, the Boy Scouts of America (BSA) paid out over $150 million in settlements and legal costs between 2017 and 2019 alone. LINK: https://www.usatoday.com/story/news/2020/02/18/boy-scouts-chapter-11-bankruptcy-filing-victims-assets/4792905002/ And many more claims remain pending. But the deadline for making a claim is literally only weeks away, November 16, 2020 at 5:00 p.m.

BSA Declares Bankruptcy. The sheer amount of these sexual abuse claims is what drove the BSA to declare Chapter 11 bankruptcy. This decision will undoubtedly reduce the value of the many sexual abuse claims out there, but could also help those who have been sitting on the sidelines wondering if they should do anything about abuse they have suffered. To deal with and administer these claims, the BSA created the Victims Compensation Trust fund. Despite the bankruptcy, the BSA has set aside well over a billion dollars to take care of these claims.

Deadline of November 16 to Make Claim Imposed. Unfortunately, the time to act is extremely limited as the bankruptcy court has ordered that victims have only until November 16, 2020, to make a claim. Currently, there over 275 lawsuits have been filed against the BSA and it’s been reported that well over a thousand persons will file additional claims. I suspect that a number of these claims will come from Utah. 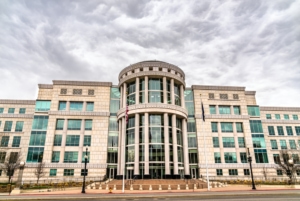 Guidelines on the Sexual Abuse. The way sexual abuse claims generally develop is that the victim who underwent the abuse silently deals with it for years, even decades, before they ask for help in dealing with the consequences of the abuse, and depending on the law of the state they’re in, seek for a financial remedy. This is what happened with the “me too” victims who were violated decades ago and in the past few years have come out to share their stories of sexual abuse. Coming out against abuse that has happened in the scouting organization is similar to the women and men in the “me too” movement, as we are hearing about victims finally understanding that it was not their fault and being emboldened to step forward and share their story. And in the case against the BSA, to assert a claim for financial compensation. According to the BSA, over 90% of sexual abuse victims were victimized over 30 years ago. Some of these claim, however, happened more recently.

Most commonly, those that have been abused in the scouting program have been abused at the hands of a trusted scout leader who violated the trust they had been given to safeguard and protect the minor under their stewardship. Sexual abuse, however, is not confined just to scout leaders who may have abused you, but also to abuse received from fellow scouters or even church leaders peripherally involved in the scouting program.

The sexual abuse that is most actionable, or in the case of this court-ordered settlement program, most valuable, is that kind of abuse that would constitute a violation of Utah law. I have written about sexual abuse claims in the past. Click on link HERE. https://kramerlawgroup.org/legal-rights-of-sexual-assault-victims-in-utah/ Generally, the most valuable sexual assault cases would involve a scout leader touching the private areas of the youth in their charge or taking indecent liberties with them, as explained in more detail in Utah Code 76-5-404. LINK

Who Should File a Scouting Abuse Claim? If you were sexually abused while involved in the scouting program, you definitely should file a claim. It doesn’t matter if the abuse occurred a long time ago, you can and should still file a claim.

Will I Have to Testify in Court. As the BSA has filed for bankruptcy and the Victims Compensation Trust was created to take care of all outstanding sexual abuse claims, it is extremely unlikely that you would have to be involved in a court case, let alone have to testify if you make a claim. The BSA wants to be done with these cases once and for all. There is only a limited amount of time left to make this claim.

Process of Making a Sexual Abuse Claim. To make a claim, you will be required to fill out a form and give certain information, including the following:

Do I Need a Lawyer to Help Me? To be clear, any person who has experienced sexual abuse in the scouting program can make a claim. However, because time is very limited, you may wish to get a lawyer to make sure you properly present your claim and make sure you’re submitting the right documentation and paperwork. There is no money out of pocket to you at any time and your attorney will only be paid if you get a recovery.

Can I Talk to Someone About My Sexual Abuse Claim? I have been involved in sexual abuse and harassment claims for over 18 years and would love to talk to you about your claim. I have additionally personally litigated against the Boy Scouts of America. Because all consultations are free, there is no risk to contact us. Call TODAY to make sure your claim is included in this settlement.

Ron Kramer is a lawyer handling sexual assault and harassment cases in Utah and throughout the western United States.