Company Puts Intoxicated Truck Driver Behind the Wheel, With Resulting Death and Mayhem

This past Friday, October 19, 2018, a commercial vehicle driver, driving under the influence, drove his company’s dump truck fully loaded with dirt into the opposite lane of travel. According to KSL News, the driver Jamie D. McKenzie, of Heber City, Utah, crossed over the median on U.S. 40, a few miles north of Heber City, and drove into oncoming traffic, plowing head-on into a Dodge pickup truck carrying six men. Police say that all six died on impact, with three of them being ejected in the crash. Police say that “Their injuries that caused their deaths were so severe that their identities are still trying to be determined.” 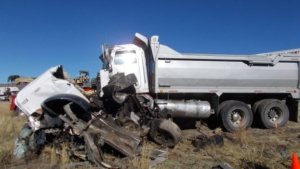 Three days later, only one of the men, Efrain O. Cardenas, 62 of Salt Lake City, has been identified. Two other women were injured with broken bones when their Jeep flipped over after it was clipped by the out-of-control dump truck. The driver of the truck has been arrested and charged with six counts of vehicular manslaughter, having an open container, reckless driving and other assorted charges.

Just before the crash, police had received reports of a dump truck “swerving across all lanes and speeding.” Police found two containers of open alcohol in the truck. The dump truck in question is owned by High Mountain Construction. Police investigating this crash say that the driver was “extremely intoxicated” with bloodshot eyes, slurred speech, balance problems and had a strong smell of alcohol on him.

Prior to this crash, court records show that the driver had been ticketed for multiple driving offenses, with one ticket received just 4 days before the crash where he was cited for following too close and causing an accident. But it’s his alcohol abuse violations, going back 20 years, that are even more telling — and predictive — of what happened in this crash.

In 1998, the driver was convicted of supplying alcohol to minors and having an open container in his car.

In 2002, in response to a domestic violence charge, a judge ordered the driver to “continue with alcohol counseling.”

In 2012, the driver was charged with intoxication (case later dismissed).

In 2013, the driver had been cited for having an open container.

In July of 2018, the driver was cited for having an open container of alcohol in his car.

In early October of 2018, the driver pled guilty to intoxication and assault in a domestic violence incident. He was ordered to complete an alcohol and substance abuse evaluation and undergo any recommended treatment. 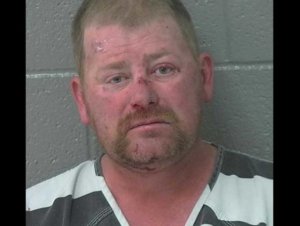 The question we are all asking is: Why would a responsible company hire a driver with this kind of alcohol abuse history to drive a fully-loaded commercial vehicle for them? And why would they keep him on the payroll when they learned or should have learned of his recent alcohol abuse events?

Companies that put heavy commercial vehicles on the road have a duty to hire drivers that are qualified. Any kind of alcohol abuse history for a potential driver raises a red flag. This doesn’t necessarily disqualify a driver from ever driving again, but things have to be done to “rehabilitate” the driver so the company or companies that hire the driver can have some assurance that they are hiring a “reformed” person to drive their heavy trucks.

Companies are supposed to train their drivers that any kind of alcoholic-driving offense can disqualify them from driving. Basically, that there is zero tolerance for drinking and driving, whether in a commercial semi-truck or their own personal car.

Finally, companies have a duty to regularly supervise their drivers to make sure they are driving sober. This is where random drug tests and personal observation comes in. Did this company conduct random drug tests? What about the day of the horrific crash. Who did this driver encounter? Was anyone put on notice that their driver was stoned? Given the state officers found him in, its hard to imagine that no one would have NOT noticed his inebriated state.

Legally speaking, the company also needs to answer for what happened in this case. Had they turned a blind eye in the past to this alcohol-drinking driver? Had they suspended the required random drug tests for fear they might have to put this driver out of service? What about regular reviews of the driver’s MVR (Motor Vehicle Record)? Who was looking at this? Or not looking at this? I hope the Utah Dept. of Transportation gets involved to probe into the company’s books to find answers to these crucial questions.

I also hope that other trucking companies, who right now may be cutting corners and paying less-than-market value for compromised drivers, take notice of the need to fix the problem with their companies. If it comes out – and I expect it will in this case – that the company had notice they were employing a compromised driver, it could be the financial ruin of that company that would endanger the public in this way.

Finally, each of the surviving “heirs” of the deceased men have claims against the company for this senseless tragedy, that in my opinion, was completely preventable if the company had chosen to employ a safe driver to drive its trucks.

The opinions above belong to Ron Kramer, an attorney practicing personal injury in West Jordan and throughout Utah.