Can a Semi Truck Driver Blame the Weather for a Crash?

That was the issue in a case we recently settled shortly before trial. This was an accident case where a semi-truck driver was driving too fast for conditions and rear ended a van that had stopped because of white-out blizzard conditions. The truck driver blamed the weather, saying that the white out came on suddenly, leaving him no time to avoid the crash. He also blamed a semi-truck driver up the road who had apparently stopped to put chains on, saying he caused the congestion to form in the first place. I don’t think that any of these excuses would have worked for him at trial. 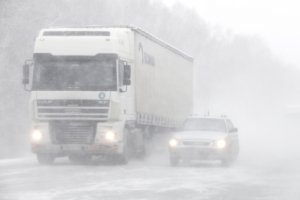 Utah roads can be treacherous in the winter time. Most truck drivers (as well as the companies that employ them) get advance notice that storms are coming in and will usually have time to prepare. In our case, the storm turned a section of the road in the Sardine Canyon area (between Brigham City and Logan) into a skating rink, and the commercial truck into a potentially deadly projectile.

In our case, the driver said that at 35 mph, he was driving cautiously enough when the speed limit was 60 miles per hour. But on snow-covered roads, this was still way too fast. Section 392.14 of the Federal Motor Carrier Safety Regulations states that “extreme caution” in the operation of a commercial vehicle “shall be exercised” when “hazardous conditions” such as those caused by “snow, ice” affect visibility or traction. The regulations state that “Speed shall be reduced when such conditions exist” and state that if the roads become sufficiently dangerous that the 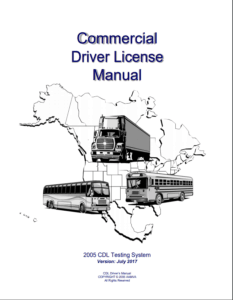 The uniform commercial vehicle training manual, which drivers in all 50 states get when they’re training, gives more details on how commercial drivers should drive in hazardous weather. The manual says that when roads are slippery the driver “must drive slower to be able to stop in the same distance as on a dry road” and that on packed snow roads, they are to “reduce their speed by half, or more.” The manual instructs that if the roads are icy, the driver is to “reduce speed to a crawl and stop driving as soon as you can safely do so.” [Click here to view the Utah Commercial Driver License Handbook.]

When I was in training a few years ago to get my Commercial Drivers License (CDL), the instructors emphasized the importance of keeping a buffer so you can stop for traffic in front of you. For example, on a regular basis, other drivers or “four wheelers” would cut in front of us as we were driving down the road or freeway, destroying the buffer that we had established so we could safely stop. The solution was not to tailgate them or honk at them, but to drop back and reestablish the buffer. And that’s what truckers are supposed to do continually as they drive: keep, maintain and reestablish buffers so that in any given moment, they can stop within that buffer zone to avoid collision.

In our case, when the tractor trailer drive came upon stopped vehicles and was unable to stop in time, he was obviously going faster than he should have been driving under the circumstances and was “overdriving” the ability of his truck to stop within the buffer zone that he had established. The driver later testified at his deposition that the rules in the driver’s manual that all commercial vehicle trainees are expected to learn and follow were just “suggestions” and that only the federal motor carrier regulations were the rules that he needed to follow.

Although the driver may not wish to hear this, commercial drivers are held to a higher standard. They are not just driving a light-duty pickup truck. They are driving a vehicle that can weigh between 16,001 to 80,000 pounds, and sometimes even more. A commercial driver puts all others on the road at risk when he is cavalier about following the rules that are in place to protect and preserve motorist safety.

Both the federal regulations and Utah’s laws and commercial vehicle standards are designed to help other motorists be safe when driving with large commercial vehicles in bad weather, including snowstorms. Truck drivers and their companies, however, must choose to follow these rules to keep themselves and others they share the road with, as safe as possible.

Company Pressure to Driver Faster Than Conditions Allow. These days, with two-day, one day and even same-day delivery options, delivery drivers are being pressured like never before to get their shipment and deliveries to customers as quickly as possible. Back in the early 90’s, Dominos Pizza had a policy where if the pizza was delivered more than 30 minutes after it was ordered, it would be free. The company pressured its drivers to make sure pizza was delivered timely. Not surprisingly, we started hearing about crashes involving speeding pizza delivery people. They eventually discontinued this practice after being battered by a $79 million dollar personal injury verdict. What happened with Dominos is a cautionary tale for all trucking companies as the same thing can happen when companies don’t account for weather conditions and pressure their drivers to deliver loads according to a set schedule, rather than what safe driving practices would allow. In these situations, increased truck accidents predictably follow.

If you’ve been in a crash with a commercial vehicle that could be blamed on the weather, give me a call to discuss whether the driver was doing everything they could to follow the rules.

Ron Kramer is an attorney practicing trucking law in West Jordan and throughout the state of Utah.