A bus driver is a professional driver. This is true whether the driver is driving a school bus part time, drives full time for the Utah Transit Authority (UTA), or drives a Greyhound bus cross-country. Parents and passengers trust that these bus drivers have appropriate, qualifying experience driving a bus, have a good record for driving safely, have received ongoing, professional training and are in good health without any medical condition that will jeopardize bus passengers or others on the road.

When any of these components are missing, it’s only a matter of time before someone gets hurt or killed. And when that happens, the cover-up, or “damage control” begins. 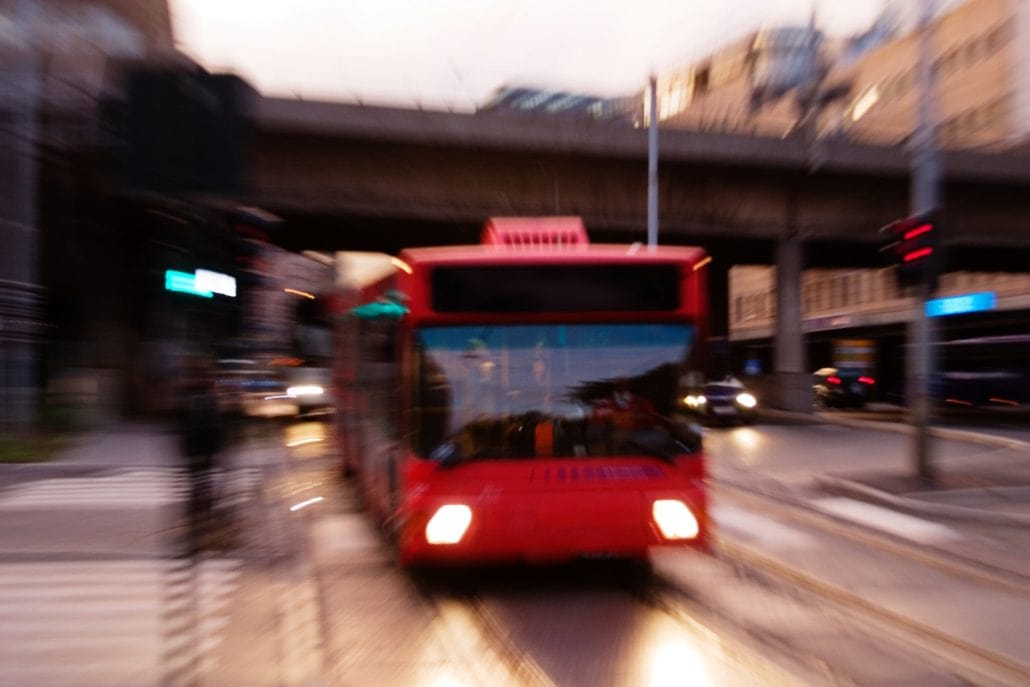 Damage Control After the Crash…

The damage control I speak of is not to assess and respond to the injured person, it is to reduce or eliminate claims against the bus company.

UTA for example, deploys an investigator to the scene so they can assess the situation and interface with law enforcement. In a case we had against UTA, where one of their bus drivers struck a pedestrian in the crosswalk, an investigator was immediately sent to the scene. Even though the investigator wasn’t there when the crash happened, he provided a statement to law enforcement where he suggested that the pedestrian had run out in front of the bus. This went against what witnesses said, but is an example of how the bus company tries to control the narrative from the very start to dissuade people they have injured from making claims in the first place.

Another thing we have seen UTA do is to pacify the injured person, to string them along until the one-year statute of limitations for government claims expires. The adjustor will seem friendly enough and will talk to you about paying medical bills, but will never advise you that if you don’t correctly file a certain form, called a “Notice of Claim” that your case will be forever barred. Alternatively, UTA may deny the claim from the very beginning and pour cold water on your claim, suggesting it will never be successful. By doing this, UTA is following a time-honored technique in the insurance industry, knowing that a certain percentage of cases they deny will go away because the victims will believe the adjustors and just give up. Of course, we would tell you to never walk away from your bus crash claim, not until you first talk with an experienced attorney who can tell you if you have a case or not.

Greyhound is a large, low-cost national carrier that services cities across the United States. Most people who ride Greyhound do so to save money and have limited options when it comes to low-cost travel. Although Greyhound bus crashes don’t happen every day, when they do happen, one of Greyhound’s policies is to have passengers involved in the crash fill out a C-4 form. This is a form that asks you for information that Greyhound later uses to help defend itself against claims that you may make if you were injured. Greyhound also generally will ask you to provide a recorded statement. The interview is similar to a deposition in a legal case where questions are asked to try and paint you into a corner and weaken or destroy your case. If at all possible, these recorded interviews should be avoided. A small, unreasonable money offer is also sometimes made to shut down the case early on and to bar you from coming back later when injuries that may not have been apparent at the beginning develop into something more serious.

In a case we had a few years ago, a Greyhound bus driver was driving too fast for conditions through a blizzard and lost control, causing our client to suffer a multi-level disc herniation. In this case, Greyhound lawyers took the position that the bus crash was just an act of God: The driver did nothing wrong, it was just one of those things. Never mind that the driver was cited by the highway patrol for driving too fast for conditions. In this instance, Greyhound’s defense defied common sense. No one was going to buy it. Yet bus companies like Greyhound and UTA do this because unrepresented (or poorly represented) victims feel like it’s a losing battle and just give up. (See my advice about not giving up above.)

Busses are heavy vehicles that are usually governed by the Federal Motor Carrier Safety Regulations. These are the same rules that govern drivers of tractor-trailers and other big trucks on our roads. One of the main reasons for the multitude of rules for heavy vehicles, over 16,000 pounds, is that when the rules are not followed, death and mayhem can result.

The forces are much greater with a commercial vehicle, such as a large school bus or an interstate Greyhound bus such that when they crash into another vehicle or when the driver loses control and rolls the bus or crashes into a stationary object, serious injuries are often the result. This is especially true since most busses do not have safety belts in them.

They rely on a system called “compartmentalization.” This is a system where seats are padded and are said to be like an egg carton that protects eggs. As stated by the National Transportation Safety Board, however, while this system can protect its occupants, it is inadequate to protect passengers from serious injury or death.

Although bus manufacturers and companies such as Greyhound that operate fleets of busses have been urged to make seatbelts available, for some reason most have chosen not to integrate this safety feature into their buses.

Investigation after a crash…

For example, if a driver has sleep apnea and drifted off while at the wheel of a school bus, the police investigation may not identify this. It’s when you look deeper into the driver’s personnel and even medical file that you begin to find the system failure that led to the crash happening. 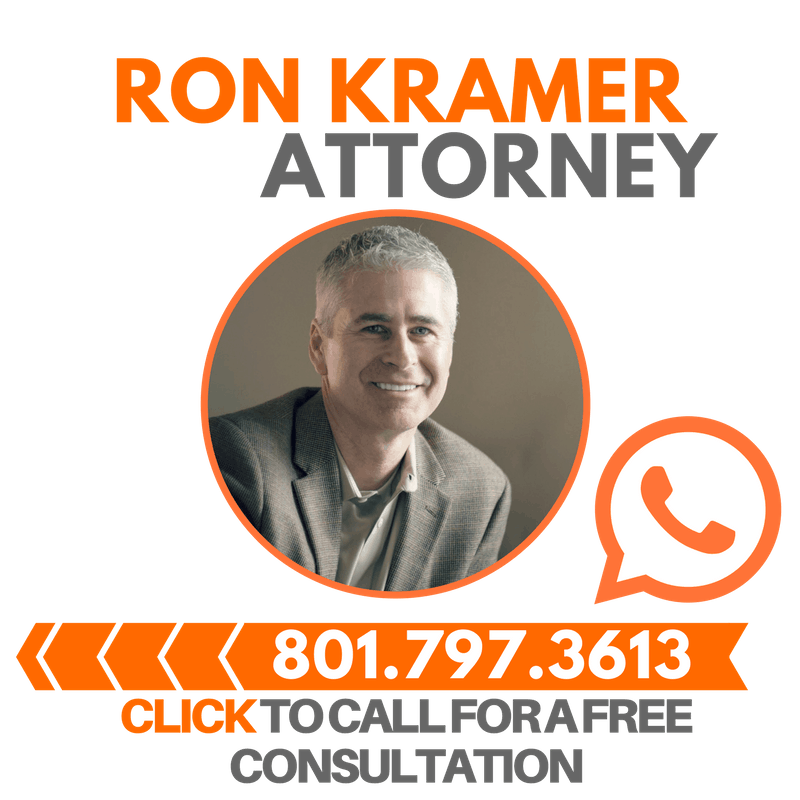 A legal investigation will help answer the questions that inevitably come up after a bus crash. Most victims (or their family) will say that they don’t want what happened to them to happen to someone else and want to expose the reason the crash happened in the first place.

Oftentimes, the cause of a bus crash will be crystal clear. Maybe the bus driver was on meth or impaired. We sometimes see this with local school bus drivers who aren’t being supervised as well as they should be. Maybe the driver was in a hurry trying to complete their route or stay on schedule so they ran a red light or made a left-hand turn in front of an oncoming car. It could be that they were driving too fast for snowy or icy conditions and there was an avoidable crash. If could be that the bus was not maintained well and regular daily safety inspections were not properly performed and a bus lost its breaks and there was a crash. 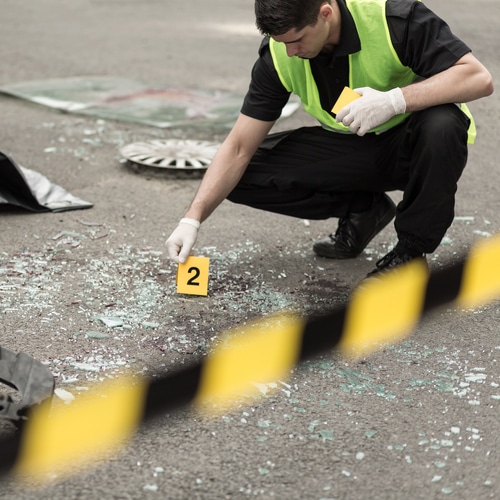 Sometimes, the cause of a bus crash may not appear immediately clear. Without digging deeper and discovering the root cause of the crash, what happened to one person can happen to someone else six months down the road. For example, a UTA bus driver who is under-qualified, underpaid and is pressured to hurry to keep her bus on schedule, may very well get in another crash if the pressures on her that caused the first crash are not addressed and dealt with. Simply taking a small settlement offer without getting to why the crash actually happened, will not get the attention of policy makers to affect any type of real and lasting change that will make things safer for bus passengers and the motoring public.

This is the first question we ask: What about the bus driver made them qualified to drive a bus? Did the driver have experience driving a large, heavy commercial vehicle? How long had they been driving before they were put on the road carrying passengers? Is there anything in the driver’s driving history that should have been a red flag to the bus company, such as DUI, unsafe driving, speeding, etc.? Was the bus company being cheap by choosing to hire someone less qualified to save them money? All of these questions and more need to be answered to find out whether the bus driver should have been hired in the first place.

In conducting our legal investigation, we want to know about the bus driver’s training. Obviously there will be a first time that a driver drives a bus. Maybe it’s a mom driving part time for a school district and drives kids around on city streets and rural back roads at low speeds. If it’s a commercial enterprise, such as UTA or Greyhound, you expect higher standards when it comes to making sure its drivers are trained and sufficiently skilled to operate these buses at highway speeds. We will want to look the training programs they have and the procedures put in place to make sure their drivers remained trained and comply with all applicable state and federal regulations.

Once a qualified driver is trained and goes to work driving a bus, this is not the end of the story. What does the company or organization do to ensure that the driver continues to drive safely? Do they review passenger comments or complaints that may be made about a driver? Are they regularly pulling a copy of their MVR (Motor Vehicle Record) to make sure that they are driving safely, not just on the job but in their personal life? For those bus drivers with a commercial drivers license, getting a ticket in their own personal car is a big deal as that violation will not go away (they can’t do traffic school for this) but remains a part of their permanent driving record. Are these violations being looked at and considered? Is the company doing random drug testing as required under the federal regulations to make sure their drivers are driving free from impairment and that the drivers know that the company looks at and cares about these things? Does the company do periodic ride-alongs to spot any developing issues related to driving safely. Is the company closely looking at the annual DOT medical exam (if required) to spot any medical issues, such as fatigue, sleep apnea, etc., to make sure that a medical condition will not impair the driver’s ability to drive safely?

At the end of the day, to best preserve your injury claim when you have been injured in a bus accident, you should speak with an injury attorney who has experience with bus crashes. Most, if not all attorneys who practice law in this area work on a contingency fee, so they only get paid (usually 33-40% of the outcome) if there is a recovery.

Most will also cover the expenses if the case goes south. If you or a family member have been injured in a bus crash, it’s worth your time to get some advice on the best way to proceed. All our consultations at the Kramer Law Group are free and there is no obligation to hire us. If you have a question about a possible claim, feel free to call us today.