Bald Tires May be a Factor In Recent Nephi Motorcycle Crash 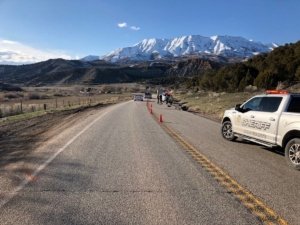 A motorcycle rider from Mount Pleasant, Utah, lost his life after colliding with a truck pulling a cattle trailer. According to KSL News, the deceased, Armand Jay Allred, 37 years-old, was on SR 32 heading west just before 4 p.m. while a Ford F-350 was heading east on a canyon road near Nephi, Utah. UHP describe this stretch as a “long gradual curve.” According to reports, Allred was in the opposing lane of travel and the truck driver attempted to pass on the right side to avoid a collision. Unfortunately, a fatal crash ensued as the motorcycle hit the left side of the Ford.

One confusing point in the story is that a helmet was found on the scene, although officers don’t think the rider was wearing it. 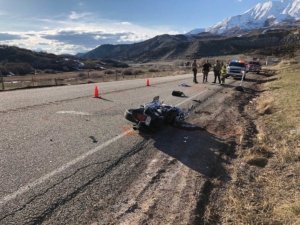 Defective Equipment a Factor. Finally, officers found that the motorcycle had defective equipment in the form of bald front and rear tires. More specifically, the steel belts of the tires were showing, revealing that the tires would have failed an inspection had one been required for it. Unfortunately, Utah did away with vehicle inspection requirements. I wrote about that HERE. In the story, I quoted state senator Dan McKay, R-Riverton, who claimed that “our roads are safer today as a result of us doing away with safety inspections.”

Yet Another Crash Involving Bald Tires. Although alcohol may have been a greater factor in the crash happening than bald tires, the fact that the motorcycle was on the road with bald tires and that these tires may have played a role in the crash, shows that we are starting to see more crashes involving unsafe equipment. It strains credulity and common sense to suggest that things are now somehow safer when the accountability element is removed. Like the recent motorcycle lane filtering bill, the legislature should analyze the increase in crashes citing equipment violations and reconsider passage of this bill.

Ron Kramer is a Utah attorney practicing personal injury in West Jordan and throughout Utah.