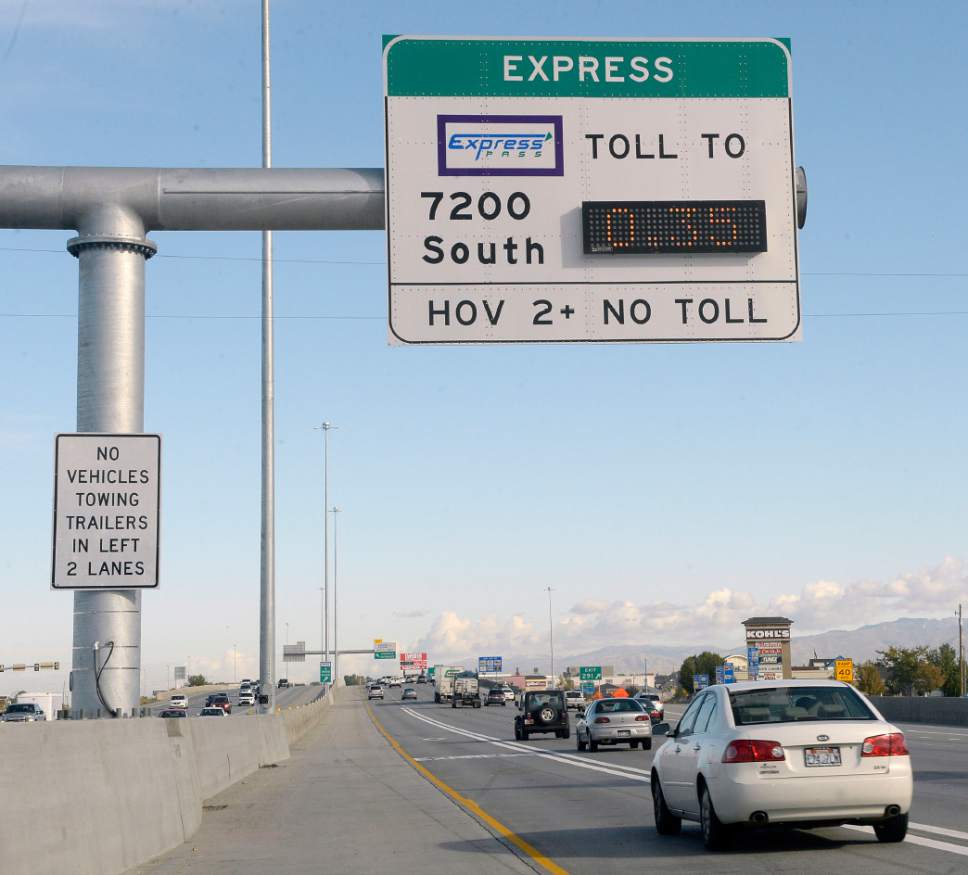 Unfortunately, Utah’s HOV lanes are often misused. Drivers that fail to follow Utah’s HOV laws slow down the speed of traffic and put other drivers in danger. Violators also face hefty fines if they are caught.

What Are HOV Lanes

HOV lanes are reserved for high occupancy vehicles with two or more riders, buses, motorcycles, clean fuel vehicles and single riders who pay a toll through an electronic reader.

Utah’s HOV lanes are located on I-15 between Layton and Spanish Fork. The lanes are located to the far left, and are designated by solid, double white lines. There are also signs along the highway indicating the presence of HOV lanes.

HOV lanes cut down on traffic congestion and help drivers move efficiently along Utah’s highways. Speeds in HOV lanes are on average 10 miles per hour faster than in regular lanes in heavy traffic.

HOV lanes are often misused in Utah. One study conducted by the Utah Department of Transportation found that nearly one in six cars in the HOV lanes were breaking the law. Many of those violations included cars that were occupied by only one rider, but there are a number of other laws that also regulate the use of Utah’s HOV lanes.

Cars can only enter and exit HOV lanes where there are white dotted lines. Drivers that use HOV lanes cannot cross the double white lines once they are in a HOV lane. Weaving in and out of HOV lanes is expressly prohibited. It is also illegal to use HOV lanes as a passing lane. And, of course, drivers using HOV lanes must obey all posted speed limits. 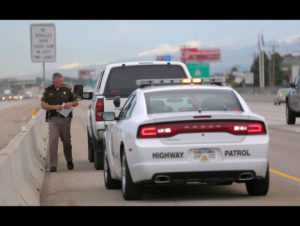 UHP Warns Drivers Not to Pull Over into Left Lane in Utah County…Utah Highway Patrol Sgt. Larry Mower pulls a motorist over for speeding in a construction zone on I-80 in Draper on Thursday, May 21, 2015…(Photo: Kristin Murphy, Deseret News)

There are number of signs along the highway indicating that crossing the HOV lane double white lines in emergency situations is acceptable. The signs state: “Legal to exit HOV lane when emergency vehicle present.” Drivers should not merge left into the emergency lane. Exiting an HOV lane to the left can potentially block an emergency vehicles path and create a dangerous situation as drivers attempt to merge back into highway traffic.

Proper Use Of HOV Lanes

HOV lanes provide many benefits to Utah drivers when used properly. HOV lanes help drivers cut down on their commute time and provide a safe and efficient way to navigate the Utah’s highways.

If you use Utah’s HOV lane, follow the rules of the road. Enter and exit the HOV lanes at designated areas. Never use HOV lanes to pass another vehicle. Always drive the speed limit. And remember, you can cross the double white line to make way for an emergency vehicle.

What is Black Ice and Why Is It So Dangerous?
Scroll to top Call Now Button